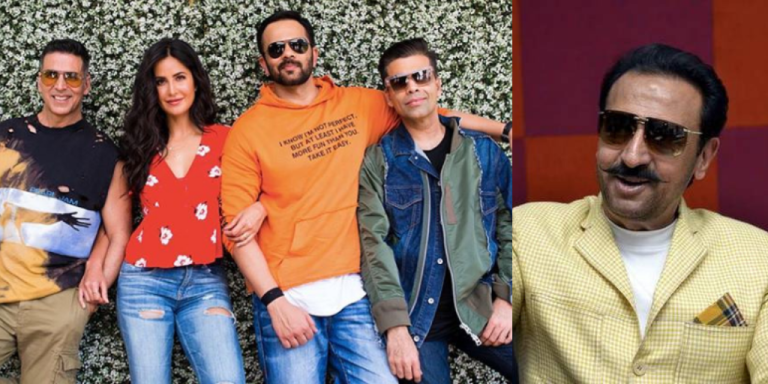 Rohit Shetty’s Sooryavanshi To Have Gulshan Grover As A Villain, But With A Twist

Akshay Kumar, who is currently busy shooting in Bangkok for Rohit Shetty’s Sooryavanshi recently posted a video of him hanging on the edge of the helicopter.

After Sikander Kher and Katrina Kaif being a part of the film, now Bollywood’s Bad Man, Gulshan Grover will be seen playing a baddie in Akshay Kumar’s Sooryavanshi.

Recently Gulshan Grover had said that he is a huge fan of Rohit Shetty’s films. He is also a bigger believer that not only does he deserve all the success he has got but also deserves a lot more for the way he understands the responsibility of success and mega-movies entertainment so well. He keeps his family and young audiences in mind while making his films.

He adds that in his years of experience, it’s not often that one works with a filmmaker who has such a solid grasp of technique. According to him, Rohit makes larger-than-life fantastic cinema for the entire family to enjoy. And he knows the technique so well, it’s amazing.

According to reports, Gulshan Grover’s character is a new kind of opposition to the hero. His sense of good and bad has been blurred. He will be sporting a different look this time.

Sooryavanshi is all set to release on Eid 2020.

More Latest News
Shahid Kapoor On Long Distance Relationships: I could never do it
This Is When Salman Khan & Alia Bhatt Starrer Inshallah Will Release
To Top