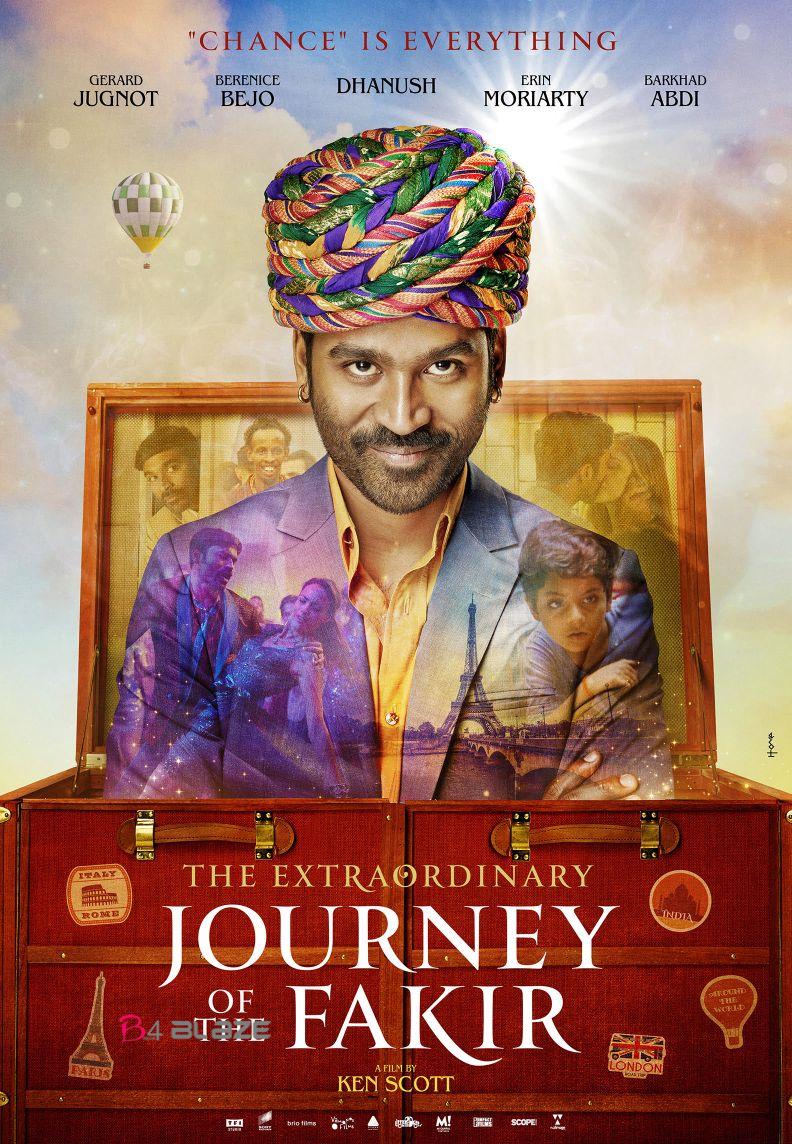 The Extraordinary Journey Of The Fakir Review: Lives Up To Its Name – EXTRAORDINARY

The Extraordinary Journey Of The Fakir is the story of a young poor boy Ajatashatru Lavash Patel (Dhanush), from Worli, who wishes to fulfill his dream to go to Paris for a special reason. The film revolves around Dhanush and the ups and downs he faces.

Dhanush as Ajatashatru Lavash Patel (also known as Aja) is amazing, he makes us feel sympathetic about the character at the same time he also makes us anticipate his next move. Him being the only Indian in the star cast does not stop him from standing out in the film.

The direction is sweet and light, small bits of song and music in the film make our heart leap with joy, special mention to the chemistry between Dhanush and Erin Moriarty’s characters in the film, despite having limited time together on screen the duo’s chemistry cannot go unnoticed.

Speaking about the rest of the cast, all the actors play their part to the fullest of their abilities and keep us engrossed in the film.

Cinematographer Vincent Mathias captures Aja’s journey beautifully. Europe has been shown many times in films but the portrayal in this one is raw and fresh.

The director Ken Scott has done an exceptional job making the story come together. He makes us engage with each and every character in the film.

The only negative thing that can be drawn from the film is that some of the scenes could have been avoided and they kind of hinder the flow of the film. The running time of the film is adequate.

Overall the film is very well made and you can go along with your family to enjoy the wonderful journey of Fakir.

The film is definitely worth a watch.

The Extraordinary Journey Of The Fakir is the story of Ajatashatru Lavash Patel (Dhanush), who wishes to go to Paris for a special reason.

More Latest News
Kabir Singh Review: Shahid Kapoor Stands Out As Kabir Singh
Disney India Gets These Actors To Voice For Their The Lion King (Hindi)
To Top