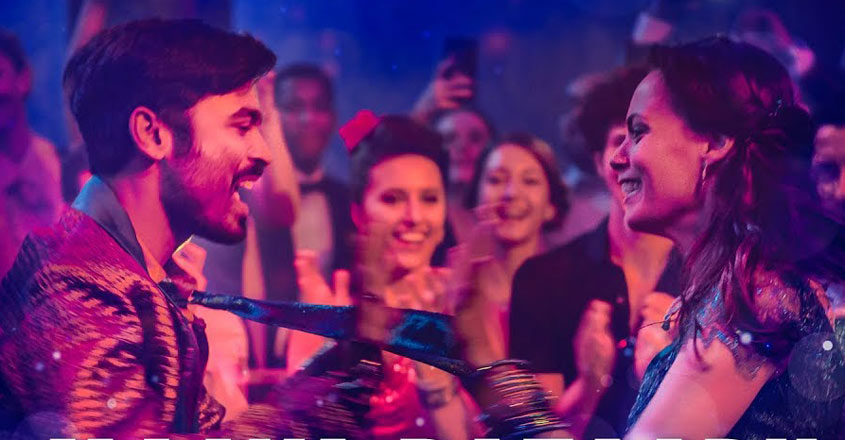 South superstar Dhanush is all set for his Hollywood debut film The Extraordinary Journey Of The Fakir. The film is all set to release in India on June 21. The film has got a lot of love for its trailer and songs.

Ahead of its release, the dance of the song, Madaari has actually touched the hearts of the audience and has gone viral, worldwide! The fandom of Dhanush and tunes of the song Madaari has got so famous that the people from Calgary and Toronto in Canada organized, choreographed and shot Flash Mobs.

Check out these foot-tapping flash mobs below and dance along to the tunes of Madaari.

Madaari is sung by Vishal Dadlani and Nikhita Gandhi. The song is composed and produced by Amit Trivedi with lyrics by Anvita Dutt. The leading lady of the film Bernice Bejo made a special effort to learn some Bollywood dance moves.

The Extraordinary Journey Of The Fakir is based on the book by Romain Puértolas. It revolves around an Indian street magician’s journey to Paris. The film is directed by Ken Scott and produced by Saurabh Gupta, Gulzar Singh Chahal, Aditi Anand, Samir Gupta, Luc Bossi, Jaime Mateus-Tique, Gregoire Lassalle, Genevieve Lemal and co-produced by Abhayanand Singh and Piyush Singh from Golden ratio who are also presenting the film.