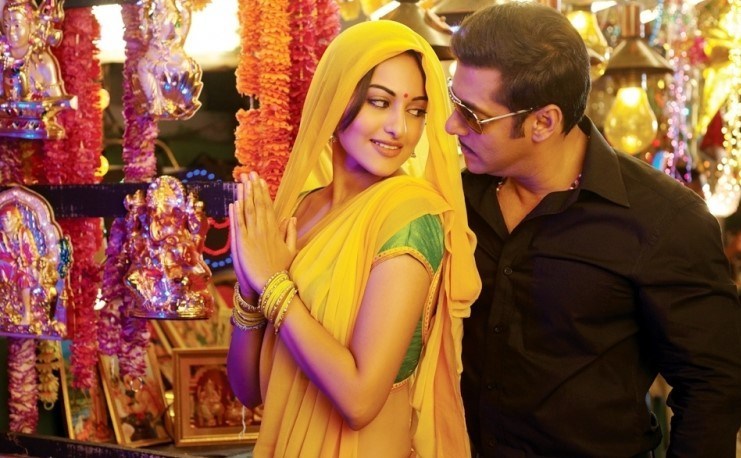 Salman Khan is definitely the love guru of Bollywood. The actor who was last seen in Bharat opposite Katrina Kaif will soon be seen with Sonakshi Sinha in Dabangg 3 and Alia Bhatt in Inshallah.

Sonakshi will reprise her role as Rajjo – Chulbul Pandey’s wife – in Dabangg 3. But now we have heard some juicy news. The bhaijaan of Bollywood will not only romance Sona but another actress as well in the film.

“She plays Salman’s love interest and her role is primarily in the prequel. However, life comes full circle as the character has relevance to the conflict Chulbul is battling in the present. A song has also been picturised on the duo.”

Talking about the antagonist Sudeep’s character in the movie, the source said:

“His character is more like the parallel lead rather than the stereotypical villain. He starts off on a positive track but situations eventually turn him into the bad guy. He is involved in a Tom and Jerry fight with Salman and there are several confrontations scenes between the two.”

Directed by Prabhudheva, Dabangg 3 is all set to release this Christmas.