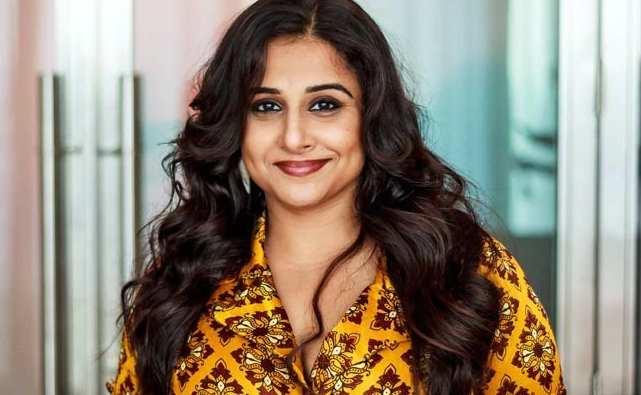 Vidya Balan, who wowed us in Mission Mangal, is all set for her upcoming web series. Here, Vidya will be seen essaying the role of India’s first female Prime Minister and Congresswoman Indira Gandhi.

At an event, when she was asked why she chose to play the role of Indira Gandhi, Vidya said:

“When I think of powerful women that (Indira Gandhi) is the first name which comes to my mind. I am very party agnostic. I have nothing to do with any political party. This (web series) is not about any political party, this is about an individual who goes beyond the party.”

On speaking about the shoot of the web series, the actress said:

“(It will start) Not very soon. It’s going to take time because it’s a web series and that requires a lot of work to put things together. So, it may take a couple of years to start the shooting.”

After playing a scientist in Mission Mangal, Vidya is all set to play Shakuntala Devi in her next film. Speaking about the movie, the actress said:

“From science to maths, my best dream comes true this year. Most South Indians pursue science and maths, and I am sure my parents will now be satisfied that I traverse both worlds within one year faster than rest of them did!”

Regarding her role of Shakuntala Devi, she said:

“It (the preparation) is not about maths. Anyway, I am going to fake it. They (the makers of the film) are going to give me the answers that I am going to write on board. I think I need to be familiar with the person. She was the only computer in the world with a sense of humour and had a wicked sense of humour so, I am actually trying to imbibe that quality. She also had an incredible journey so, I am feeling nervous about playing the character in the film.”

Seeing Vidya essaying the role of Indira Gandhi and Shakuntala Devi will be a treat for the audiences.

More Latest News
Prabhas Opens Up About Saaho Breaking The Records Of Baahubali
Saaho Review: It’s Just A Bang Bang Without Any Sense
To Top