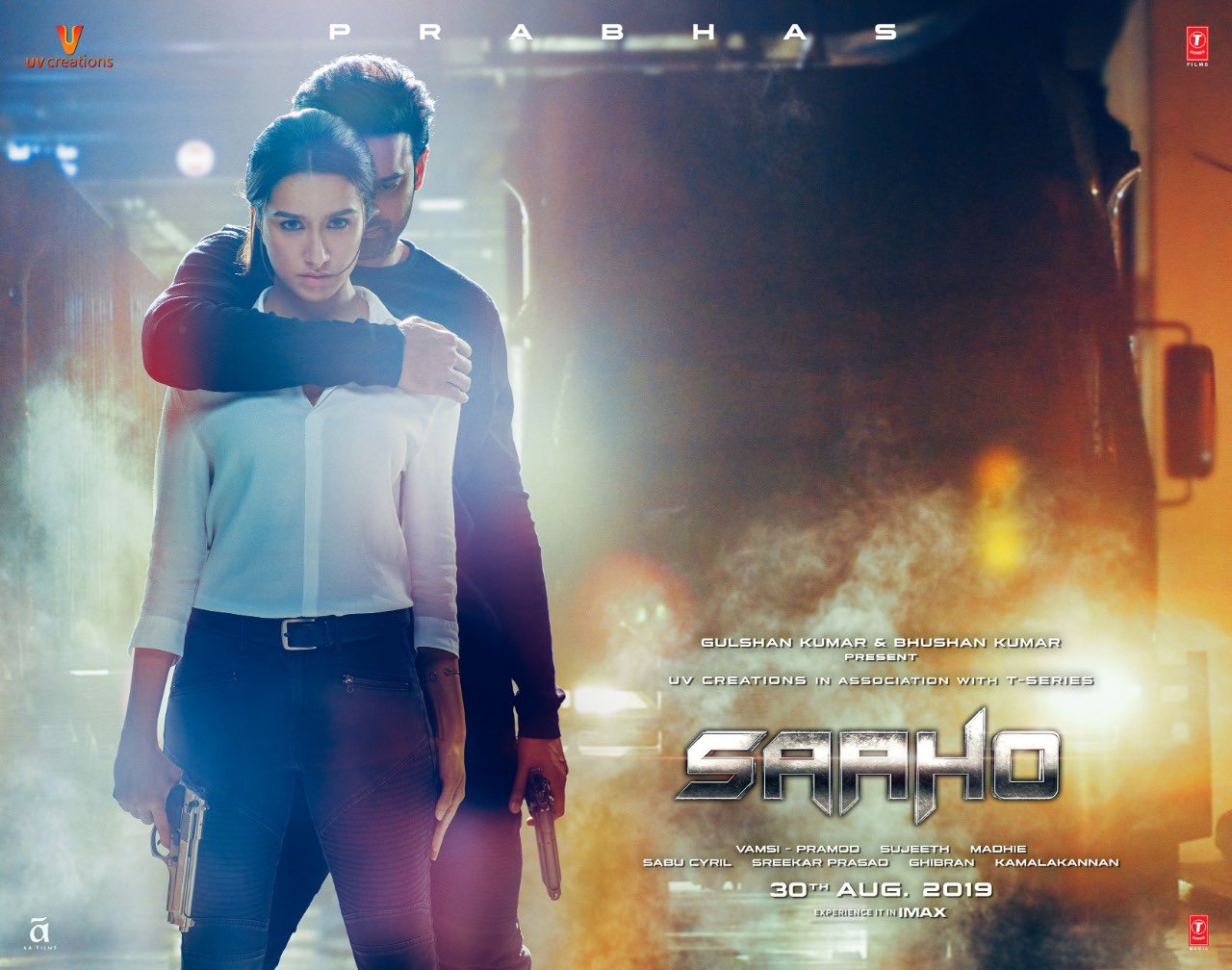 Saaho starring Prabhas and Shraddha Kapoor in lead role is a story that revolves around Saaho played by Prabhas and his sharp mind to get the black box that belonged to Roy portrayed by Jackie Shroff who gets killed by his own brother Chunky Panday.

Amritha Nair portrayed by Shraddha Kapoor is a cop. In the movie Amritha’s character looks confused. Her character was shown weak and always in help.

Negative Points:
• Too many villain to be hunted down by the police. In some cases even some police are involved with the villians which has led to many confusions.

• Knowing what great actors Jackie Shroff, Mahesh Manjrekar and Mandira Bedi are, their acting skills were just wasted in the film.

• Story is good but not portrayed well.

• So long that it will make you look at your watch again and again.

• Some action scenes are too hard to digest. Special effects and CGI could have been better. Inspite of continuous firing in the room, Prabhas and Shraddha are saved from millions of bullets.
• First half of the film is too dragged and boring.

• Chunky Panday who plays a negative character in Saaho has done an impeccable job with his expressions.

• Despite not knowing Hindi too well, Prabhas has done a great job in dubbing. His acting is good and he looks too good in the movie.

• Some action scenes will keep you at the edge of your seat.

• The twist just before the interval will make you watch the second half.

Saaho could have been better. But alas I doubt that even Prabhas’ charm can save the film.

We would like to give, Saaho – 2 and half star.

More Latest News
Vidya Balan: I have nothing to do with any political party
Bannon Attacks George W. Bush Following Ex-President Decried ‘Nativism,’ ‘Bigotry’
To Top