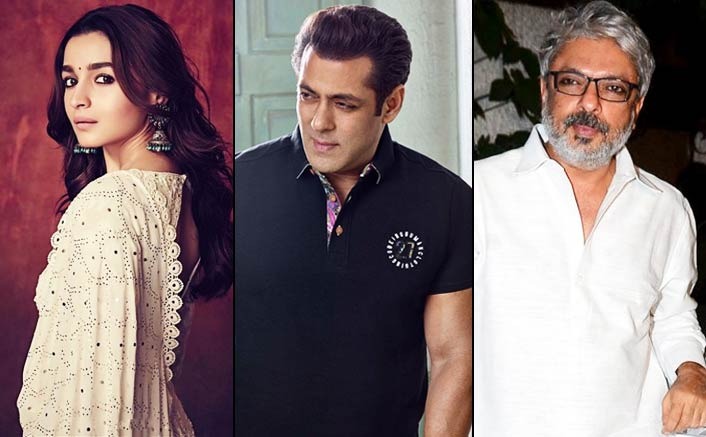 Salman Khan And Alia Bhatt To Shoot For Inshallah In Florida

Salman Khan and Sanjay Leela Bhansali are all set to reunite with a contemporary love story that is titled Inshallah, 20 years after working together in Hum Dil De Chuke Sanam. Locked for an Eid 2020 release, the film also stars Alia Bhatt in the lead role.
While Salman and Alia both are looking forward to working with each other, Sanjay Leela Bhansali and his team are currently in the US for the recce before they kick-start shooting in August 2019.

A leading daily stated in a report,

“The prime spots on their wish-list are the streets of Orlando and the beaches of Miami. Salman’s character, of a 40-something businessman, is based in Orlando, a city in central Florida. It’s a character that’s young at heart and Salman will sport a stylish look, complete with designer jackets and sunglasses.”

“Before flying to the US, Bhansali and his team visited Varanasi, Rishikesh and Haridwar. Alia’s character (of an aspiring actress in her mid-20s) is from a place that is situated near the river Ganga, which is why Bhansali is contemplating on these locations.”

Apparently, Salman’s and Alia’s real-life age difference between the leads form the core of the film, which is said to be a humorous tale of love rooted in the Indian culture. As this film will be different from the intense love stories Salman Khan has worked on before, it will be a break from the Hero-like roles and in Inshallah, he will be seen playing a chilled out character.

The film will be shot after Salman wraps up Dabangg 3 and Alia, on the other hand, is expected to complete her debut home production, Sadak 2, and the major chunk of Ranbir Kapoor starrer Brahmastra, before she dives into the Bhansali‘s world.