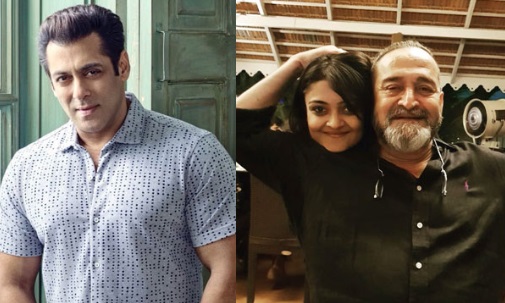 When we talk about the new talent entering Bollywood at the moment, a majority of them are star kids. And Salman Khan is all set to launch one more in Bollywood soon.

Salman who is currently ruling the internet with the trailer and first song of Bharat is currently busy shooting for Dabangg 3.

Now we have got to know that Salman will be launching Ashwami Manjrekar, Mahesh Manjrekar’s daughter in Dabangg 3. Our sources tell that Ashwami will be a part of the track which has Salman Khan’s entry.

On the work front, after wrapping up Dabangg 3, Salman Khan will start the shoot of Sanjay Leela Bhansali’s Inshallah opposite Alia Bhatt.

Apart from Salman Khan, Dabangg 3 also stars Sonakshi Sinha as the female lead and Mouni Roy for an item track.