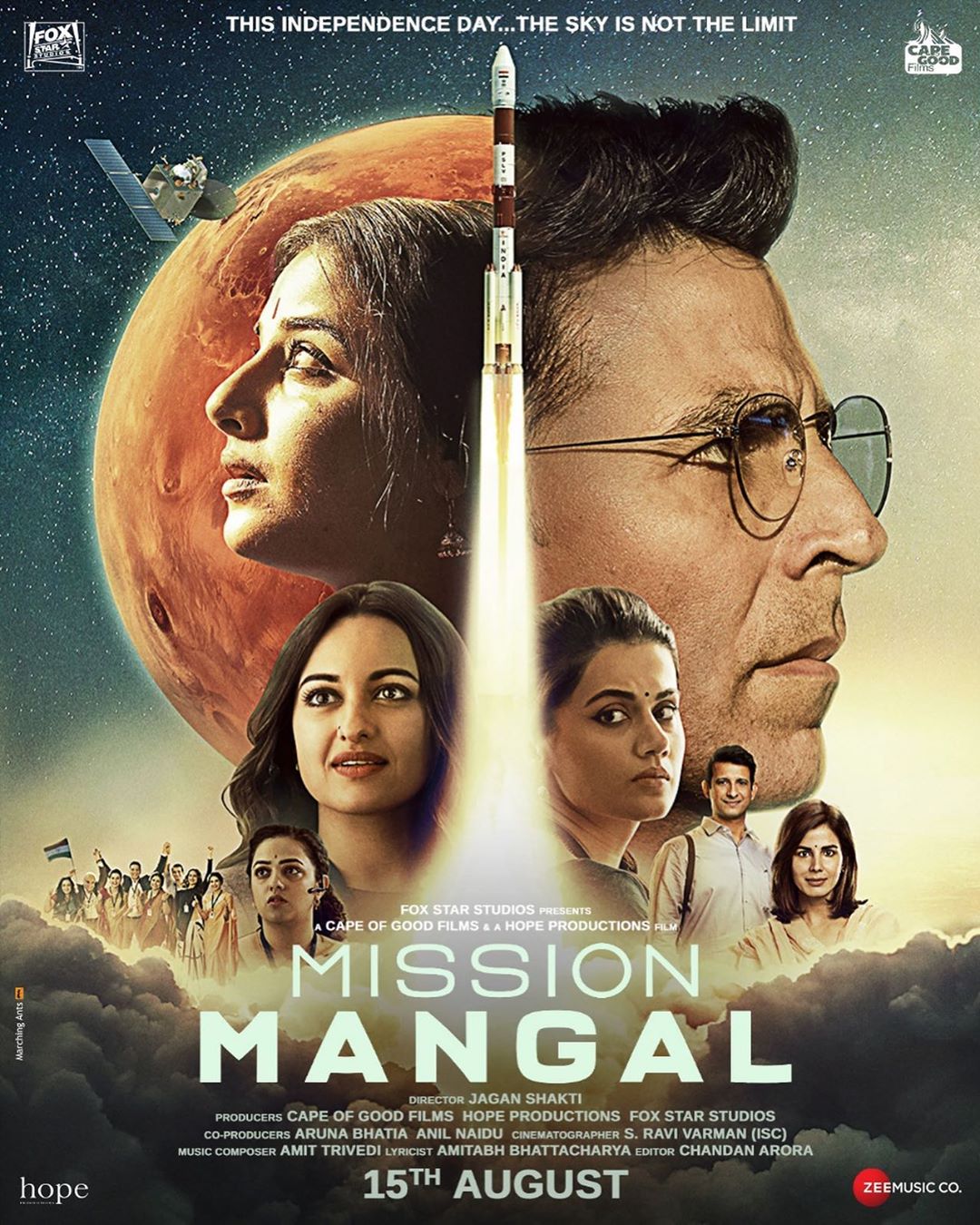 The story of Mission Mangal revolves around the real life story of the Mars Orbiter Mission by ISRO (Indian Space Research Organisation) in the year 2013.

In Mission Mangal Akshay Kumar plays Rakesh, Indian Space Research Organisation scientist who is selected to head a mission to Mars. Nobody believes that India can reach anywhere near the red planet – not his superiors, not the government, and certainly not the supercilious adviser of Indian origin on loan from the National Space Aeronautics and Space Administration and Rakesh has to prove them wrong.

Rakesh assembles a team of five women and two men, and goes on to show that there’s no difference between home science and rocket science.

The movie has lot of emotions and too much drama. From showing Varsha played by Nithya Menen is under pressure to pop out a baby to Eka played by Sonakshi Sinha has broken up with her boyfriend. Each and every character has some or the other personal life problem.

Vidya Balan is a delight to watch in the film. Nithya Menon and Kirti Kulhari are not given that much of screen presence. In between the emotions and drama, some time is given to space technology.

The movie could have been better and worth watching if executed properly.

We would like to give Mission Mangal two and a half star.

More Latest News
Batla House Review: A Movie That Must Be Watched To Know The Exact Truth
Nora Fatehi To Feature With Vicky Kaushal In A Romantic Number
To Top