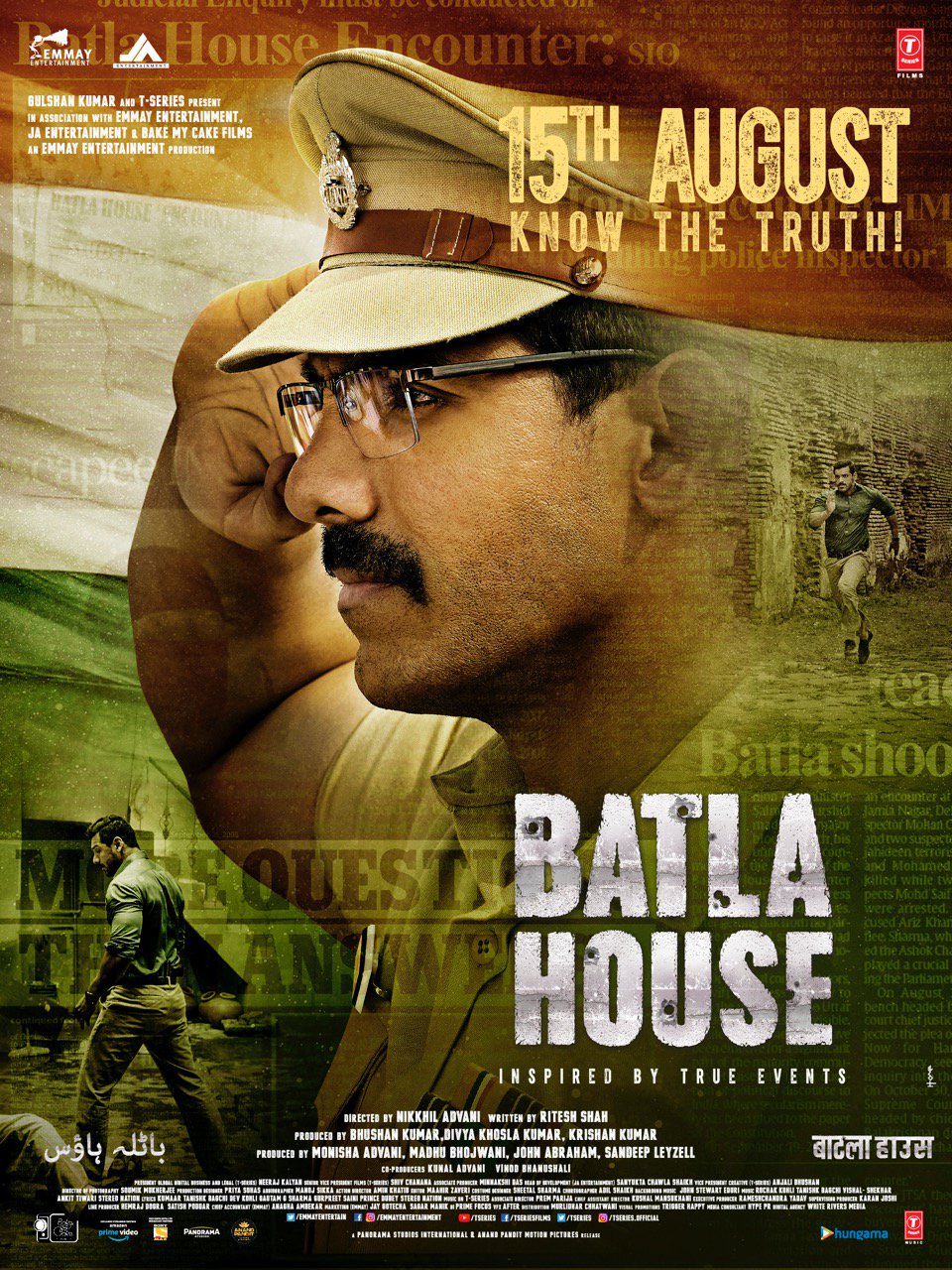 Batla House starring John Abraham in main lead as Sanjay Kumar is about the Batla House encounter case that took place in 2008.

It is about the Operation of Batla House that took place on 19th September, 2008 against Indian Mujahideen (IM) terrorists in Batla House locality in Jamia Nagar, Delhi.

On 13th September 2008, a bomb blast had taken place in Delhi. For the investigation of this bomb blast, Special Cell investigator KK played by Ravi Kishan along with his team reach Jamia Nagar in Delhi at L-18 where the IM terrorists are residing and planning out terrorism.

After that their head ACP Sanjay Kumar played by John comes there and as he hears the sound of bullets as he goes up at L-18 to find out what is happening. There he sees that KK has been shot but is still alive and one more officer has been shot.

Two of the terrorist are killed in the gun fire and one of them is caught by the Special Cell while two of them manage to escape without being noticed. Due to this ACP Sanjay Kumar and his team undergo an intense scrutiny. The media, activists and politicians allege it’s a fake encounter but the Delhi police know what the truth is.

Will Sanjay Kumar save his team from these false allegations? Can he prove that he and his team are correct and have done a right thing? Will he be able to come clean and prove himself and his team?

All these questions are answered in the movie. The answers will make you start believing in the Delhi Police. It will shock you but also reveal a truth that the world should know.

John Abraham is a winner in the movie. He has again proved that he can definitely act and look smart as well. John as Sanjay Kumar was very convincing and true to believe. Kuddos for the actor’s performance. Mrunal plays the role of a TV Journalist and Sanjay’s wife. She has also done an impeccable job. Everyone from Ravi Kishan to Nora Fatehi have done an amazing job.

Nikkhil Advani has done a great job in his direction. We couldn’t find any flaw in the entire movie. Everything felt so real and gripping.

Overall the movie is just superb and is a must watch! Everyone needs to watch this true story.