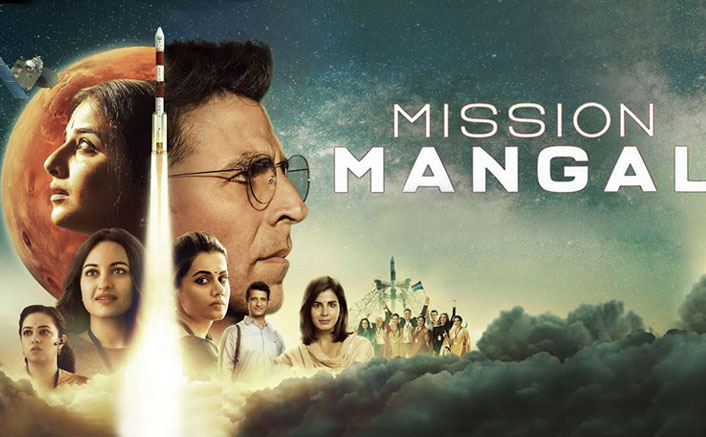 Prior to the release of the film, there were talks about Akshay taking up more space in the poster than the rest. When asked about it, Balan in a recent interview said:

“This mission had equal contribution from men and women. It’s great that a woman’s contribution is at least being acknowledged.”

“It’s not fair to say that this film needs an Akshay Kumar. It’s great that an Akshay Kumar has done this film, despite knowing that women have equal space in it. Because normally, (male superstars) are not even willing to share equal space. But Akshay has not only acted in the film but produced it too.”

Sonakshi and Taapsee had earlier said Akshay was a bigger star and a crowd puller.

“The fact of the matter is that Akshay Kumar is the biggest star in the film! Someone had told me very long back and this line has stuck in my head: Jo bikta hai, woh dikhta hai. Today, if you see Akshay’s collections, he’s the highest-selling star in the entire film, that is why (his face is bigger on the poster).”

“It is great people notice that, also then those same people can do something about the collections of a female-driven film. Because Akshay Kumar will get the audience in the theatre, that is the hard fact. All of us are doing great work in our own capacities. But, he will still manage to get a bigger number, at the end of the day. We cannot run away from this reality.”