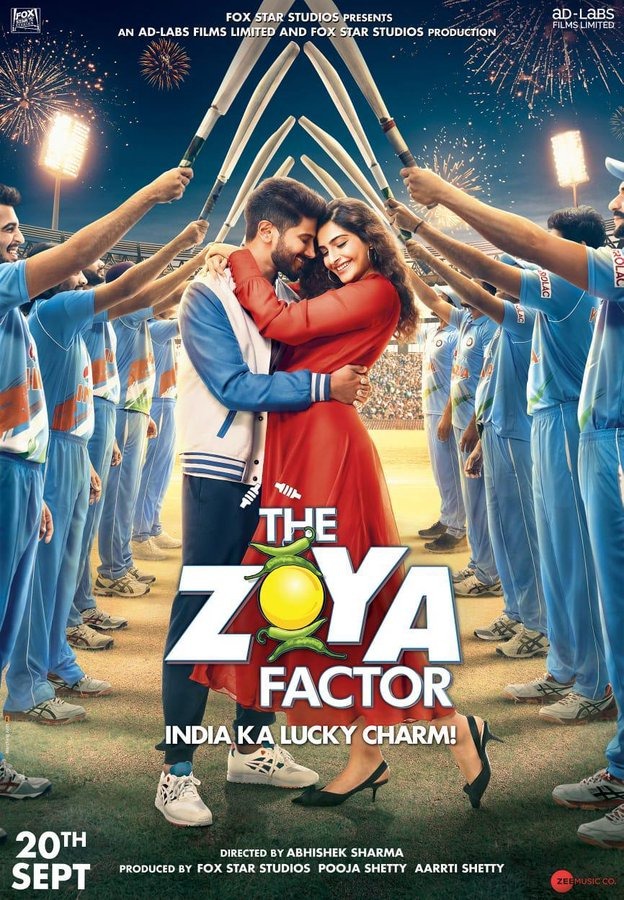 At the launch, the five opened up about the movie, luck, destiny, and their experiences.

Sonam when asked about destiny and luck and will this movie give any negative things to the audience, she says,

“I believe in the destiny. Why is it that I’m born in such a family and no one else is. I believe in karma. Your life is like a bank balance, aap usme jitna daaloge utna aapko mil jaega. God only knows what’s right and wrong. And people can decide their own things.”

Dulquer is back in Bollywood after Karwaan and we asked him how does he feel coming back with a movie in Bollywood? To this the talented actor replies,

“I’m excited and I think the kind of thing that come my way. I want to keep changing up my genre and surprise audience. I don’t believe in luck. I can’t decide my future thinking about luck.

The beautiful actress says it depends on the person and their confidence level. It doesn’t matter (your role) when the film is good.

Dulquer was asked as he has entered new industries has he been advised that do this or that to work here?

“I’ve had a lot of advices but I’m like thank you but let me figure this myself. I strongly believe in good cinema. I chose films that I want to watch. A strong female character is okay as long as my character excites me and it makes you guys like watching me too.”

The Zoya Factor is based on the book by Anuja Chauhan which was titled The Zoya Factor. Directed by Abhishek Sharma, The Zoya Factor stars Sonam Kapoor and Dulaqer Salmaan in the lead roles. Fox Star Studios is producing the film and will release on September 20, 2019.

More Latest News
Kick 2 May Not Be Salman Khan’s Eid 2020 Release?
Prabhas Opens Up About Saaho Breaking The Records Of Baahubali
To Top