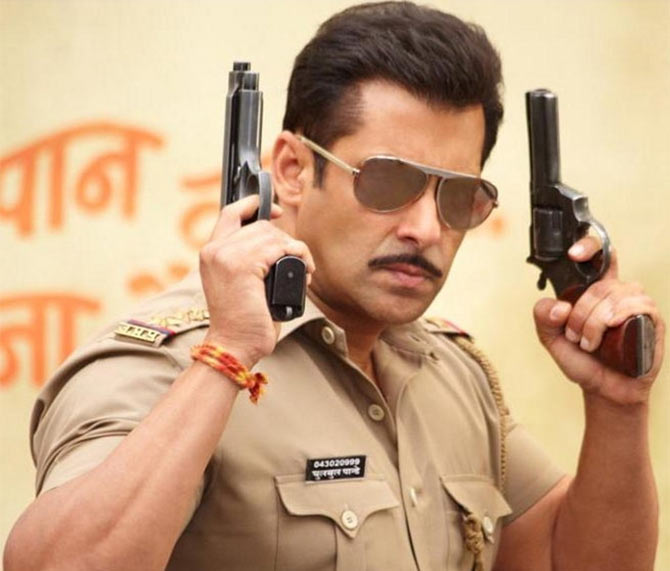 Salman Khan, who last featured in Bharat, is all set to soon star in Dabangg 3. The film is the third installment of the popular Dabangg franchise.

We hear Salman has already begun shooting for Dabangg 3 in Jaipur. The cast has shot some sequences of the film in Phaltan, Maharashtra.

The cast has already shot for 75 days and now 8 days of the shoot will happen in Jaipur where the cast will shoot near the monuments.

Salman Khan flew to the Pink City and began shooting on Independence Day. They are filming at a remote village Basca near Agra road. A huge crowd had gathered to catch a glimpse of their favourite star.

In this schedule, Prabhu Deva will capture the beautiful moments during the song shoot sequence. After that, it’s a wrap for both.

Inshallah was going to go on floors in August, but due to date issues, the film will now go on floor in first week of September. The shooting will begin in Mumbai. Sanjay Leela Bhansali’s Inshallah will have a 100 day shoot. This will also overlap with Salman Khan’s Bigg Boss 13 schedule.

It will be interesting to see how Salman manages this hectic schedule.

More Latest News
Nora Fatehi To Feature With Vicky Kaushal In A Romantic Number
Vidya Balan: This mission had equal contribution from men and women
To Top