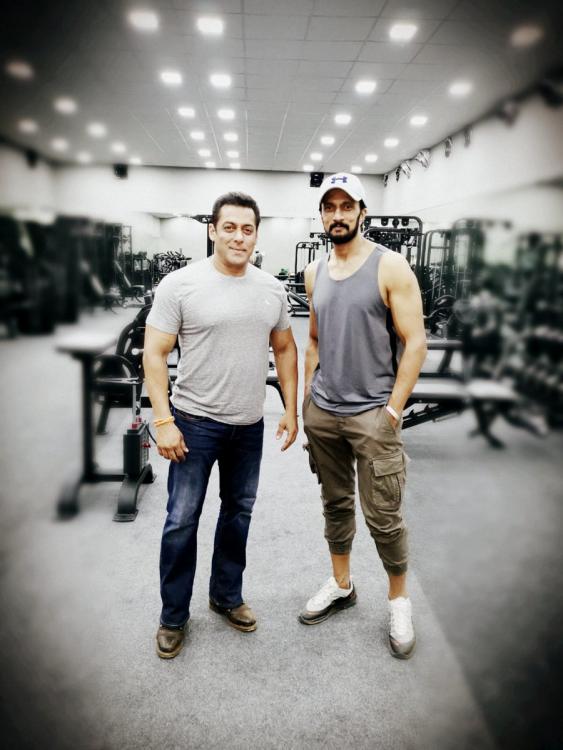 Who isn’t excited for the third installment of Dabangg featuring Salman Khan as the loving Chulbul Pandey. This film will feature flashbacks showcasing parts of Chulbul’s past life and how he became Robinhood Pandey.

The film will see South superstar Kichcha Sudeep playing the antagonist. Given the star power of both actors, the makers have planned an exciting climax scene between them. In a recent interview, Sudeep was all praises for Khan and his dedication to his work. He said,

“It is a showdown where both of us are seen bare-chested.”

“When we started shooting the movie, he was slightly overweight; it was because of his other commitments. He was aware that (he wasn’t as fit as he would like to be), so he hit the gym, and within a month, he had a ripped body.”

No this isn't another poster ….💪🏼
This is jus how he bonds if he luvs. 🤗🤗
Thank u @BeingSalmanKhan sir,,
For the place u have given me in ur life. Im honoured & blessed.#pailwaan. pic.twitter.com/NRvaSvguTX

The actor adds that at this age, Salman’s determination is unbelievable and due to Salman’s dedication, it made him hit the gym every day as he didn’t want to look like a joker in front of Khan.

Kichcha Sudeep added that Salman Khan is one of the biggest stars and he was surprised when the makers approached him to play the villain. But when he heard the concept, he was convinced.