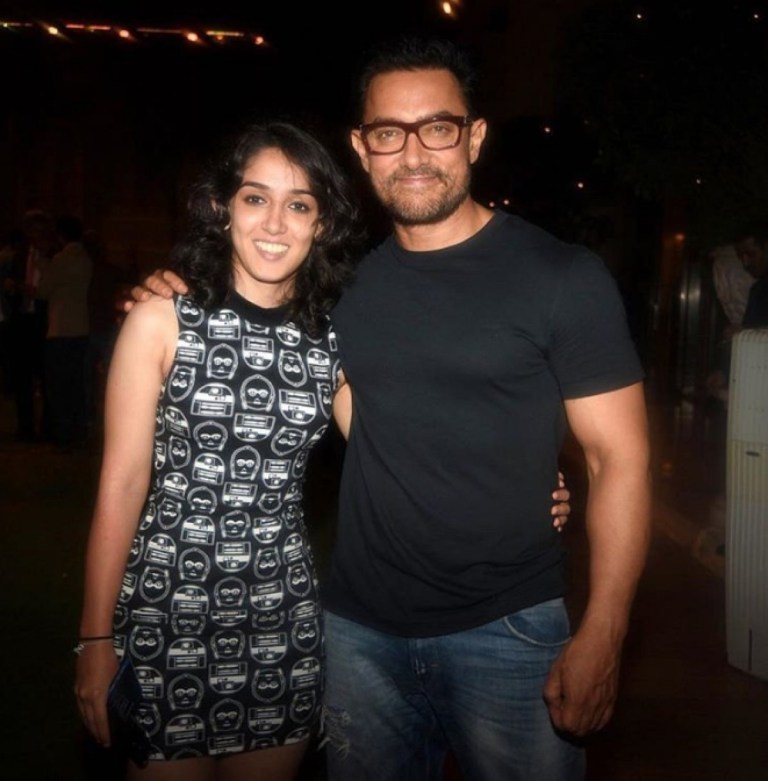 In the last few years, many children from Bollywood families have been launched in the industry. The trend won’t be taking a backseat anytime soon. The latest star kids to enter the world of entertainment is doing so in a very different way.

While most celebrity kids are entering the industry as actors, this star kid is going the other route. Ira Khan, Aamir Khan’s daughter is all set to make her debut as a director but with a theatre play.

Ira is set to make her directorial debut with a theatre play titled Medea. It is an ancient Greek tragedy written by Euripides and is based on the myth of Jason and Medea. It is scheduled to open in December and will be staged across the country.

In an interview with a leading daily, Ira spoke about why she chose theatre to make her debut. She said

“There’s no particular reason why I decided to start with theatre. I love the art form. It’s magical and all-consuming in its classical form, and in the world of technology. I love the suspension of disbelief that the audience allows for, thus offering the makers to express so much more.”

Talking about acting and the kinds of genres she wants to direct Ira said,

“I have never considered acting. As far as directing more plays is concerned, I would have to find a story that I want to tell. I don’t have fondness for a specific genre. I’m not particularly into horror but other than that, I’m open to all sorts of stories.”

Aamir Khan is a perfectionist and we guess his daughter will be following in his footsteps. It will great to see her make her debut in Bollywood too.

On the work front, Aamir Khan was last seen in Thugs Of Hindostan. The actor will soon be seen in Laal Singh Chaddha, the remake of the hit Hollywood movie, The Forest Grump.

More Latest News
Shraddha Kapoor: It almost seemed like it’s an extension of my hand
Salman Khan And Kichcha Sudeep To Have A Bare-Chested Showdown In Dabangg 3
To Top