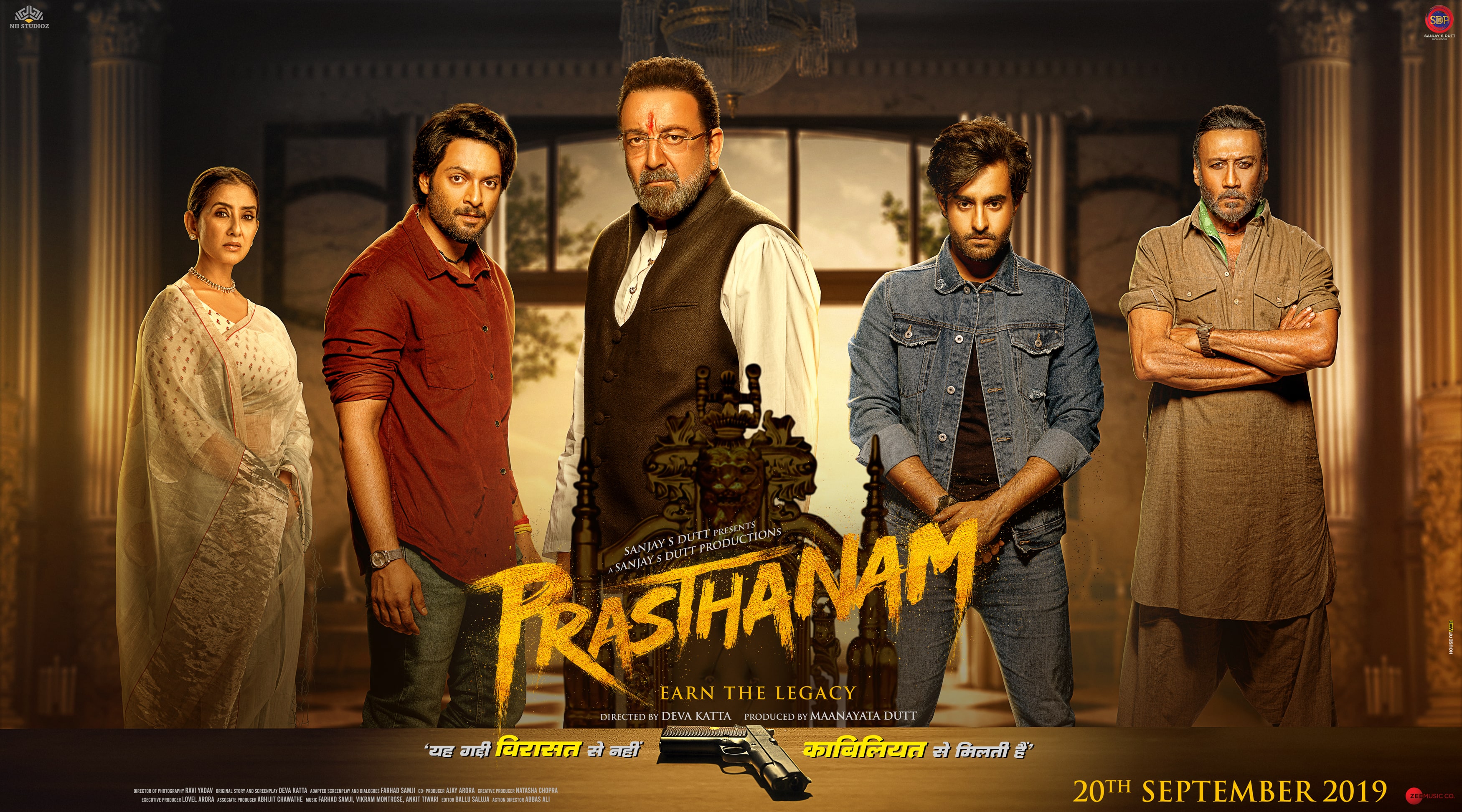 A remake of the south hit film by the same name, writing the Hindi version of Prassthanam was a challenge as the story needed a fresh spin. Speaking about the film, writer Farhad Samji says,

“The original is a cult film, but it released nine years ago. Everything upgrades with time, so it was essential for us to make it palatable for today’s audience. However, the basic premise and characters have remained the same. ‘’

Sanjay Dutt and Manisha Koirala will be sharing the screen space after a decade post working together in 2008 film Mehbooba. Samji further adds,

“I have grown up watching these two brilliant actors, but in this film, you will see them as characters and not actors. There is turbulence in their relationship and the story revolves around how they overcome it. We usually categorize characters as the hero, heroine, villain, and comedian, but in Prassthanam, everyone is related to each other in certain ways. It’s the complexity of relationships which keeps us glued. As compared to Singham and Simmba, which given the genre, were the epitome of ‘commercial’ writing, Prassthanam falls in more real space and has plenty of drama to spice up the proceedings.”

Jackie Shroff will be seen playing a loyal guard to the family and will be in a different avatar for the first time.