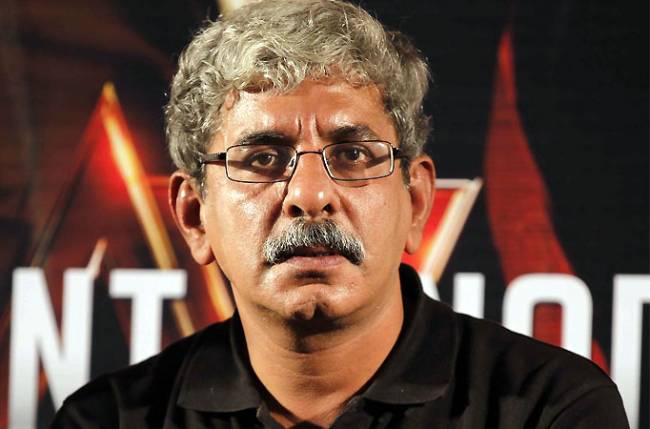 After giving us an amazing movie like Andhadhun, director Sriram Raghavan is all set for his next. It is a biopic on Param Vir Chakra recipient Arun Khetarpal.

Director Sriram Raghavan revealed the title of his film as Ekkis but he is still working on the title. He also revealed that he found it interesting and challenging when he heard the script. Ekkis is set in the 1970s.

They have completed the script and doing rewrites now. The filmmaker, who is known to make thriller movies, said that this biopic is something new for him and not in his zone. He is doing it because he liked the script. He revealed that they have enough people from the military on board. With real-life stories, one can’t go wrong one bit.

Ekkis will be produced by Dinesh Vijan.

There are speculations going around with regards to Saif Ali Khan being in the film. On this, the director said:

“Whenever Saif and I meet we do talk about various subjects. We haven’t spoken to any actor. All this should be announced formally.”

Sriram Raghavan is currently soaring high on the success of Andhadhun. Speaking about National Awards, Sriram said that the National Award is different and prestigious when compared to all the other awards. He added that when he heard about it, he felt very good.

Andhadhun is now being adapted in Tamil.

To this the director said:

“I haven’t been approached yet for any remake version. Even if I am approached I don’t think I will be interested, we have done our version of the film. And whoever does it next they should do something more and correct our mistakes.”

Besides Ekkis, Sriram Raghavan will be doing a thriller for producer Ramesh Taurani. He intends to begin shooting for the same next year in 2020.

More Latest News
Akshay Kumar And Kiara Advani Starrer Laxmmi Bomb To Release On This Date
Prassthanam: Manisha Koirala And Sanjay Dutt Come Together After A Decade
To Top