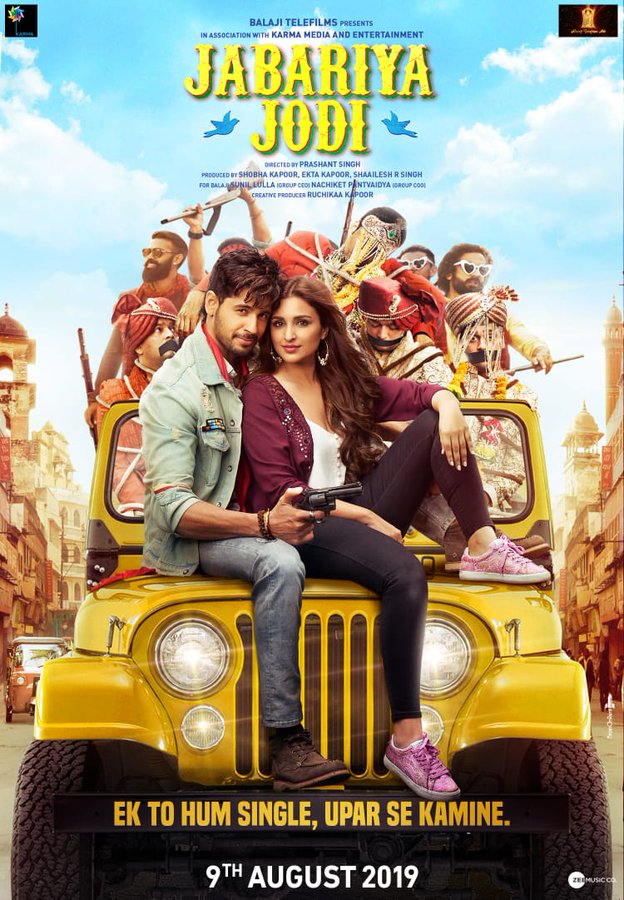 Sidharth Malhotra and Parineeti Chopra are all set to wow us with their performance in their upcoming film, Jabariya Jodi. The duo is currently busy promoting the film all across the nation. But now have heard some interesting news.

The Sidharth-Parineeti starrer Jabariya Jodi will not release this Friday (Aug 2). It will release a week later on August 9.

This decision has been taken after considering the fact that there are many releases on August 2 and last week’s released, JudgeMentall Hai Kya, is still enjoying a solid run at the box office.

Jabariya Jodi would be clashing with Khandaani Shafakhana if it released on August 2. The other releases this weekend are Baba (Marathi Film) and also Fast And Furious: Hobbs And Shaw (Hollywood).

To add to that, prominent exhibitors across India came together and requested the makers to move ahead to 9th Aug to avoid the clutter. Also, the film will have a holiday advantage as Bakri Eid is on August 12.