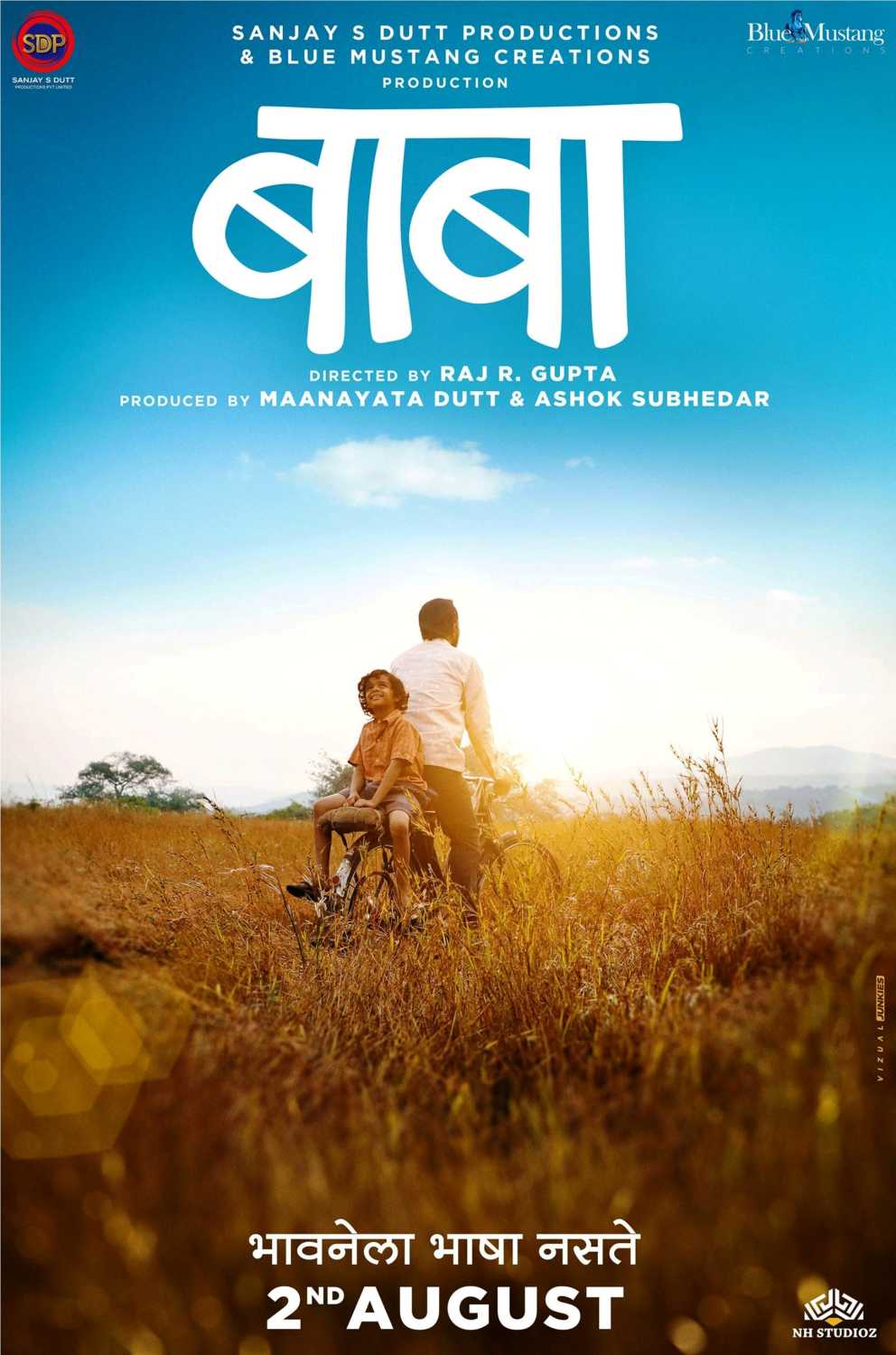 On the auspicious occasion of Guru Purnima, Sanjay Dutt and his wife Maanayata Dutt released the trailer of their maiden production, Baba. The film is produced by Dutt’s banner Sanjay S Dutt Productions and Ashok and Aarti Subhedar’s Blue Mustang Creations. The trailer was released in the presence of the producers, cast and crew.

The trailer gives the glimpse of the story of Baba and hints at the twists it offers. It tells the story of a poor dumb-and-deaf couple and an eight-year-old boy. It also shows the difficulties they go through when a rich couple comes along claiming the kid to be theirs.

Take a look at the trailer here:

The posters and song too created a buzz on social media.

Sanjay Dutt announced the film on his twitter handle a few weeks ago. Here’s what he had said:

“Dedicating our first Marathi Film BABA to the Person who remained Steadfast in my life through everything! Love you Dad! Our first song is out now. Catch the fun bond between father and son from our song Adgula Madgula.”

Maanayata Dutt too tweeted about the movie saying:

“Dedicating our 1st Marathi Film BABA to the one and Only Sunil Dutt Sahab, whose rock solid support always enhanced our Confidence!” While expressing about the song, she had tweeted, “Here is our 1st song Adgula Madgula, one of my favorite songs of the film…out now”

Ashok Subhedar of Blue Mustang Creations expressed his excitement and said this about the film:

“Set in a scenic village in a coastal village of Konkan, this is a story that will resonate with every age group, for its simplicity and innocence”.

“I truly believe emotions have no language and this has been beautifully conveyed by the actors in our film. It is a bittersweet tale of how a family strives to stay together despite all odds”.