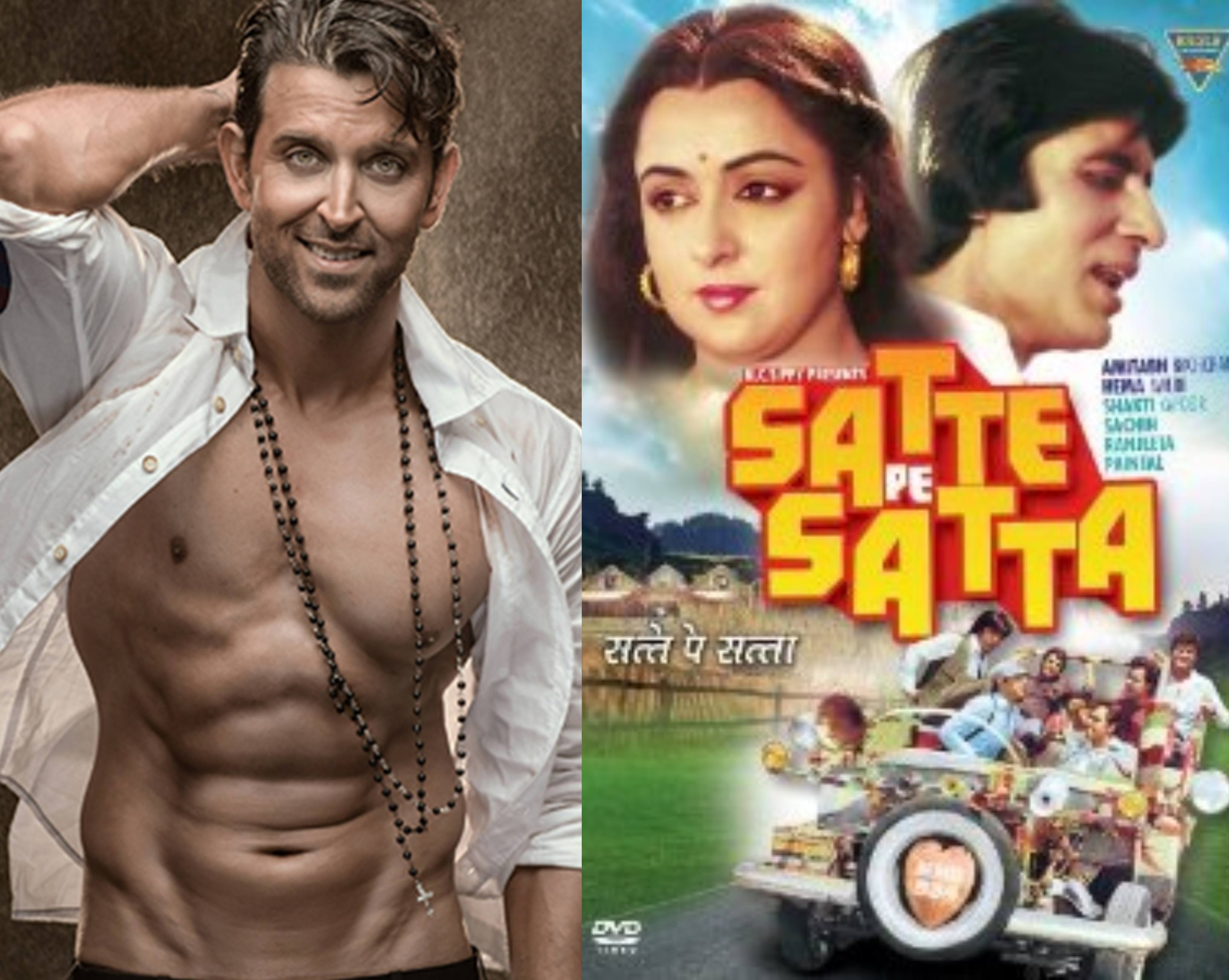 Hrithik Roshan is all set to win our hearts with Super 30 that releases today. Super 30 features Hrithik as an educationist and mathematician Anand Kumar who opened his own coaching class for underprivileged students in Bihar where he coached 30 of them for the JEE-IIT exams.

For the last few days, speculations were doing the rounds that Hrithik has been brought on board for another Amitabh Bachchan remake. The film in question is the 1982 comedy-drama, Satte Pe Satta.

The speculations said that the remake will be helmed by Farah Khan and will have Hrithik in the lead role. The film is said to be produced by Rohit Shetty. Earlier, Hrithik starred in another remake that featured Amitabh in the lead – Agneepath.

When Hrithik was asked about the same, he said,

Well, now that Hrithik has neither accepted nor denied it, it’s to be seen if he features in the film.