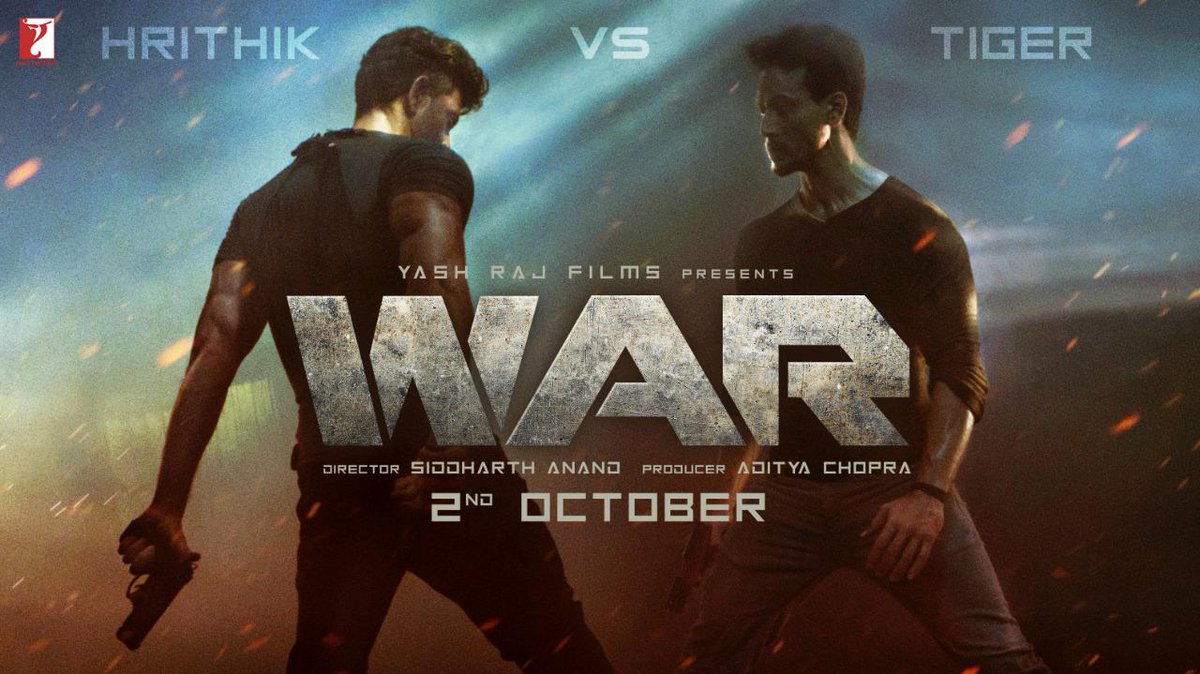 Hrithik Roshan and Tiger Shroff are without a doubt among the top action stars in Bollywood currently. The two actors are all set to lock horns in Yash Raj Films’ upcoming action, WAR. This visual extravaganza will see the two will fight each other in a ruthless, merciless showdown that will surely leave audiences on the edge of their seats to find out who prevails.

Four top action directors – Paul Jennings, Franz Spilhaus, Sea Young Oh and Parvez Shaikh – are on board this film. They have come together to design breath-taking and never seen before action stunts.

While we were all excited about the film having an amazing action-packed trailer launch interaction, here’s some bad news – there will be no trailer launch event. A source close to the production house reveals,

“The team was working incessantly to produce a hugely mounted, action-packed trailer launch that has never been seen before. But after working for about 4 months on several different plans, they realized that no matter how big the event shaped up, it would still look way smaller in comparison to the visual spectacle that the trailer promises to audiences.”

“War is the biggest action film that Bollywood has ever produced and YRF took a strategic call that there was no point doing this event. No event idea could live up to the grandness of scale and there was no point doing an event where two of the biggest action superstars were simply doing a routine stunt or using choppers, etc as the mode of transportation to create an entry because all this was really very small visually for this film’s positioning. The trailer of the film will show audiences across the world that a Bollywood action film is at par with the biggest Hollywood action films and the makers want audiences to get wowed by the mind-blowing visuals and jaw-dropping action choreography.”

“Yes, this information is accurate. The team tried to create a visual spectacle for the trailer launch but no matter how big the plans were, the event was not being able to match the scale of the film. An event for a film like this needs to be at par with what we are promising to audiences and it’s impossible to create this spectacle from an event logistics point of view. So, we have decided to scrap the idea of the launch and want to leave audiences with only the visuals of the trailer. We are very excited about the trailer. It’s a big asset and we are hoping audiences will love what they see!”