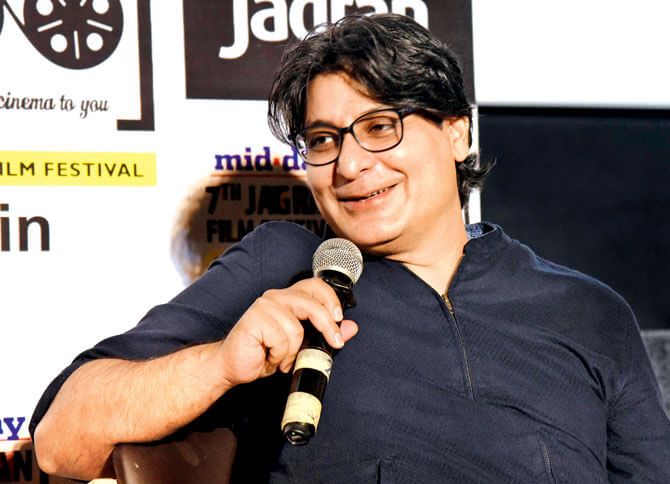 Team Bollywood Bee got an opportunity to have a candid conversation with screenwriter Ritesh Shah. The Filmfare award winner has written the screenplay and dialogues for films like Kahaani, Pink, Airlift, and Raid.

During this exclusive chat with us, Ritesh Shah talked about writers and content in Bollywood, him getting into acting and direction and his future plans.

If you have to compare Hollywood and Bollywood screenplays, which one works better?

It depends which year you are in. In the late eighties-nineties and even the early 2000s, I would say Hollywood was a clear winner. In a DC Marvel dominated era where we are producing a Newton or an Anarkali of Arah even we are good. It was even stevens before that in the early years of both industries I feel. If you count our regional cinema we are not doing that badly.

Are you planning to get into direction or be a producer in future?

I may produce as one of the most important jobs of a producer is to nurse content. And many writers are automatically producers on TV and executive producers on movies even in the West so producing or becoming a part producer is a natural progression for a writer. A direction is a different ball game but never say never.

Any plans on turning back to television?

No. I am happy doing films unless it is extraordinary and will only work on that medium.

What makes a good story according to you?

It must be true or truly heartfelt. Chances are it will engage the audience.

What are your upcoming projects?

Currently, Namastey England and Arjun Patiala are being shot and Batla House starts in September. My other releases this year apart from Namastey and Arjun will be Junglee and Love Sonia.

Can you tell us a bit about what can we expect from these upcoming projects?

Arjun Patiala will make you laugh, Namaste England should make you laugh and cry…Junglee will hopefully make you value nature and love animals. Batla house and Love Sonia are true stories which talk about serious issues like terrorism and sex trafficking which affect us in an engaging hard-hitting manner.