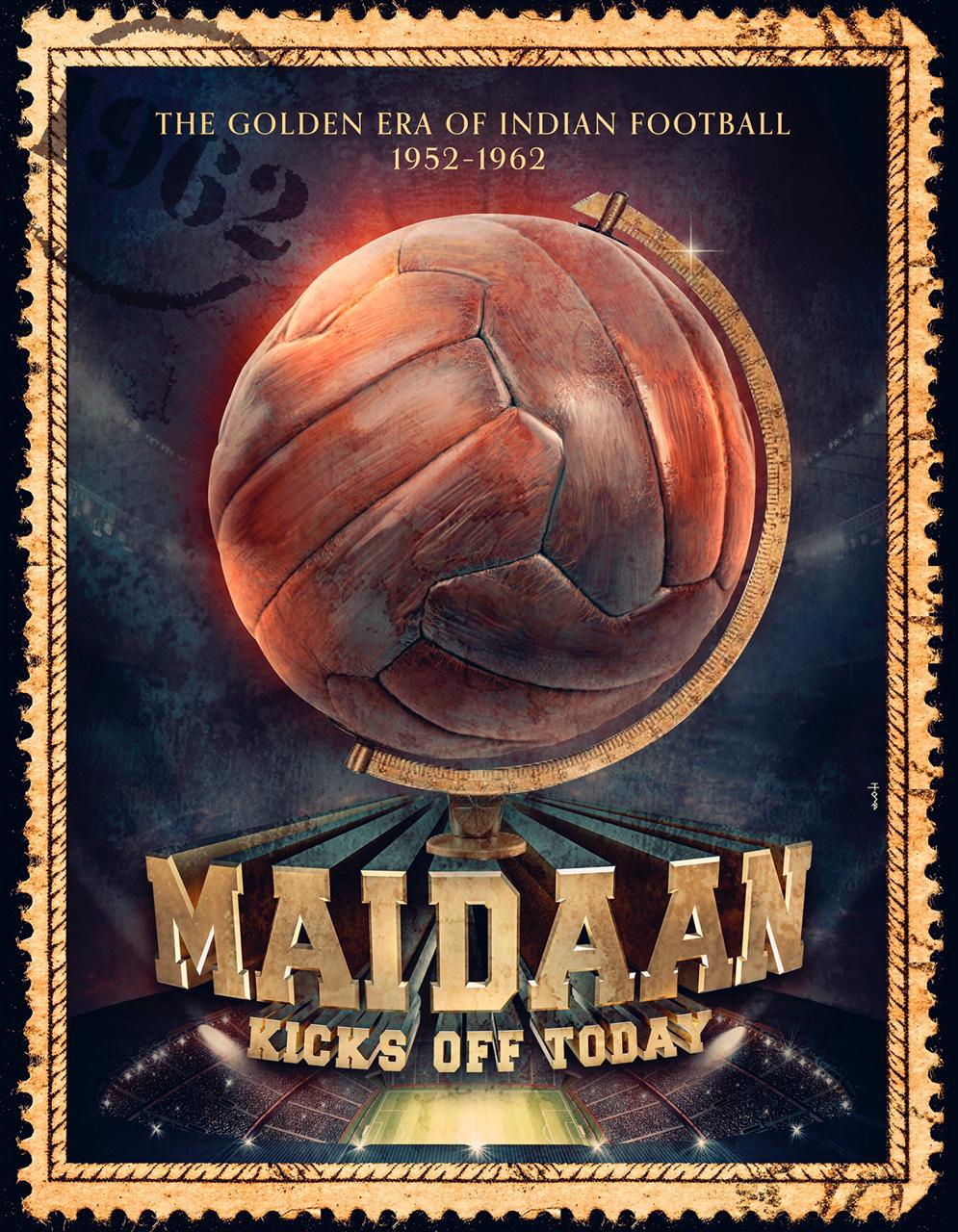 Ajay Devgn, who was last seen in De De Pyaar De, is all set to play a football player in his next, Maidaan. The film will see Ajay essay the role of Indian football coach and manager, Syed Abdul Rahim. It is directed by Amit Sharma.

Yesterday, the makers of the film revealed the title with a creative poster of the film.

Amit Sharma states that the role of the football coach in demanded an actor like Ajay Devgn. He said the movie tells the story of a man who was an underdog and took football to another level. The director added that Ajay had gone through this kind of journey. He added that he is one actor who can show a variety of emotions just through his eyes.

“The aim is to do something special with the life of a very special athlete by using an actor who is known to bring an extraordinary quality to the table.”

Talking about Ajay prepping up for the movie, a source said:

“Ajay is not a football player in real life. His little son is. The actor has been taking football lessons, though the film doesn’t require him to actually descend on the field to play the game.”

Maidaan is based on the golden years (1952-1962) of Indian Football team. The film also stars this year’s National Award winner – Keerthy Suresh.

On the work front, Ajay Devgn will also feature in Bhuj: The Pride of India, Turram Khan and Taanaji: The Unsung Warrior.

More Latest News
Divya Dutta’s Struggle In Bollywood Is The Perfect Inspiration To Follow One’s Dreams
Siddharth Anand: We all had to give over a year to design the action sequences of WAR
To Top