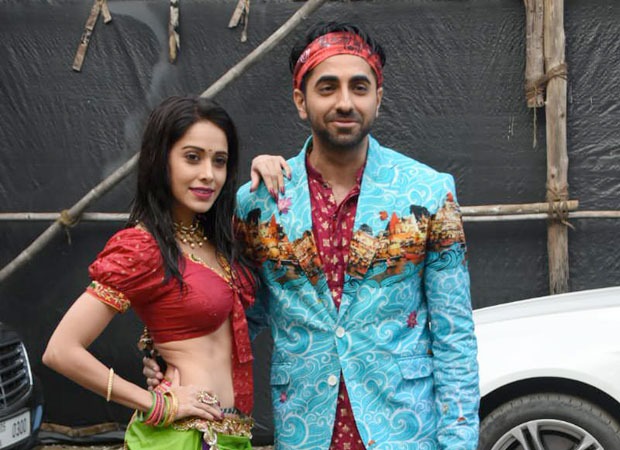 Ayushmann Khurrana is one actor who is amazing us since his debut film. The actor is currently on cloud nine after receiving the National Award for his performance in Andhadhun. After playing a cop in Article 15, the actor is all set to tickle our bones in Dream Girl. There is no stopping the actor.

The trailer of Dream Girl released recently and it will literally make you roll over in laughter. Yesterday the makers released the first song – Dil Ka Telephone. Ayushmann can be seen enticing all his callers as Pooja.

Now we hear, the makers are all set to recreate the song Dhagala Lagli Kala for the film.

The recreated version is composed and sung by Meet Bros along with Jyotica Tangri. The track has amazing Marathi beats along with the rap part that Meet Bros have sung themselves. It has live guitars and electronic programs along with it.

While giving insights about the music track, Raaj shared:

“Dhagala Lagli Kala is a classic, iconic song and we have danced to its tune for years. It is peppy, groovy and compels you to shake a leg. It was Ekta’s (Kapoor, producer) idea to recreate this popular foot-tapping number with the Ganpati festival being around the corner. We loved the idea, and feel that as a promotional track, it will widen the scope of the film beyond communities. Our first song, Radhe Radhe, celebrates the spirit of Janmashtami and this one releasing during Ganeshotsav will pump up the festivities.”

“This song has a different vibe and it’s got amazing Marathi parts, which has a rap-like melody that we have sung ourselves. It has got amazing catchy Marathi beats and we have also added some live guitars as well as electronic programs around it. It has ‘let’s dance’ written all over it. And I think this will be the biggest welcome for Ganesh Chaturthi in terms of music.”