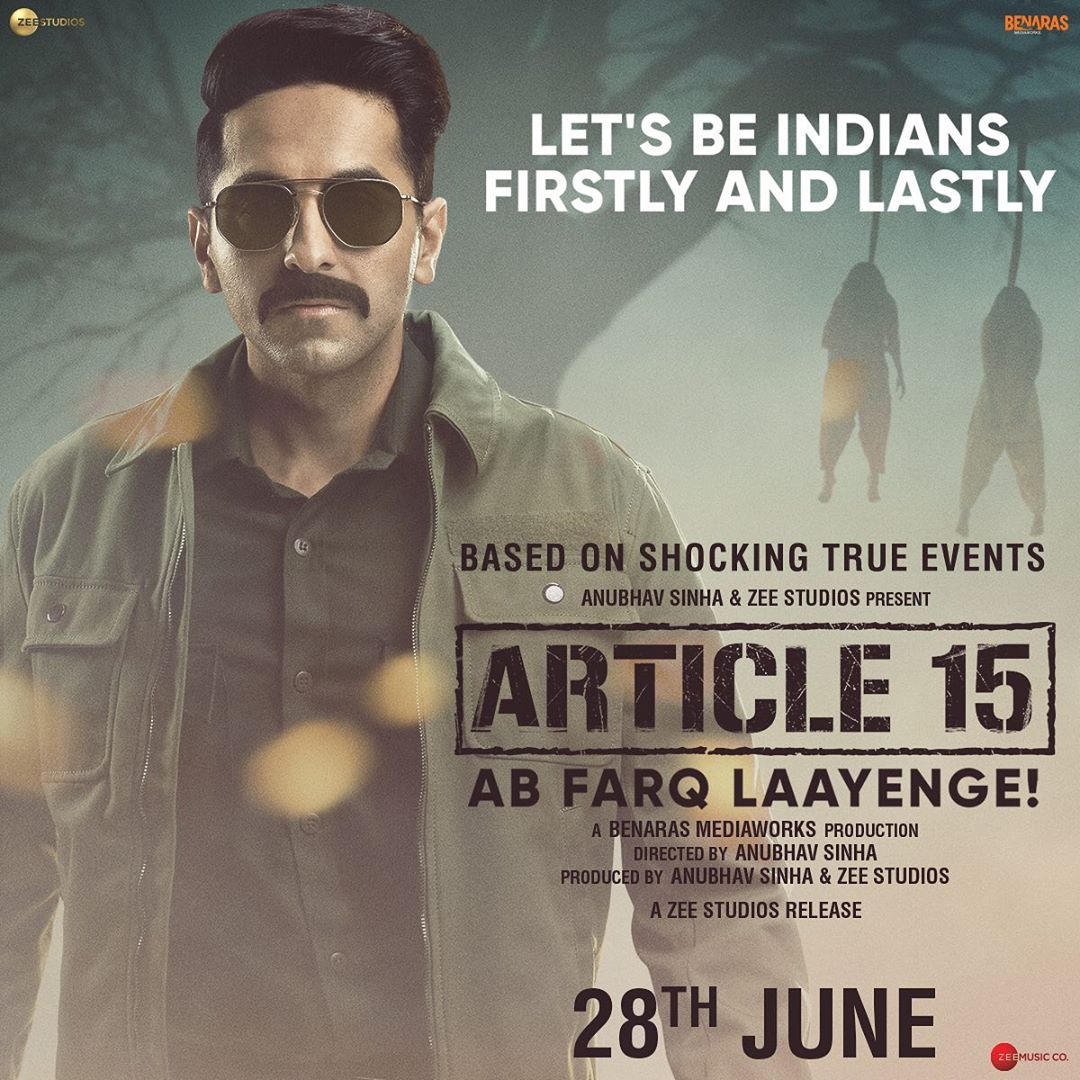 Article 15 is based on Article 15 of the Indian Constitution, which prohibits discrimination on grounds of religion, race, caste, sex or place of birth.

The film follows IPS officer Ayan Ranjan (Ayushmann Khurrana) and his attempts to understand the caste inequalities in the face of a gruesome crime happening in Lalgoan – the village he’s posted at. The crime is that of two Dalit girls being gang-raped and then hanged from a tree in the village and the disappearance of a third girl.

Article 15 is not shown as a typical Bollywood film where the cop is the hero trying to uplift the downtrodden. It’s more than that showing how corruption has seeped into all level of Law & Order and how caste discrimination plays a big role in it all. It shows how the low caste are now fighting for an identity for themselves.

The film’s opening with the Dalit community singing the folksy number Kahab toh lag jaayi dhak se is a hard hitting scene. This scene shows how true and faithful Anubhav Sinha is toward the topics dealt with in the film.

The screenwriting is on point and the use of the National Song – Vande Mataram – twice in the film will surely give you goosebumps. The background music is what keeps you engrossed to the film. The writing by Gaurav Solanki and Sinha gives characters depth and shows that even this oppressed community have warriors and fighter.

While there is no doubt that Ayushmann steals the show as the newly appointed IPS officer, the problems he faces because of supporting and wanting justice for the Dalit is saddening to see.

Jatav (Kumud Mishra), a Dalit whose father was a sweeper, plays a strong role in supporting Ayan in his quest to get just for the Dalits. Mohammed Zeeshan Ayyub has a cameo in the film but even them he manages to leave a lasting impression on all.

Ayushmann Khurrana starrer Article 15 releases tomorrow. Read our review to know what we think about this Anubhav Sinha directorial.