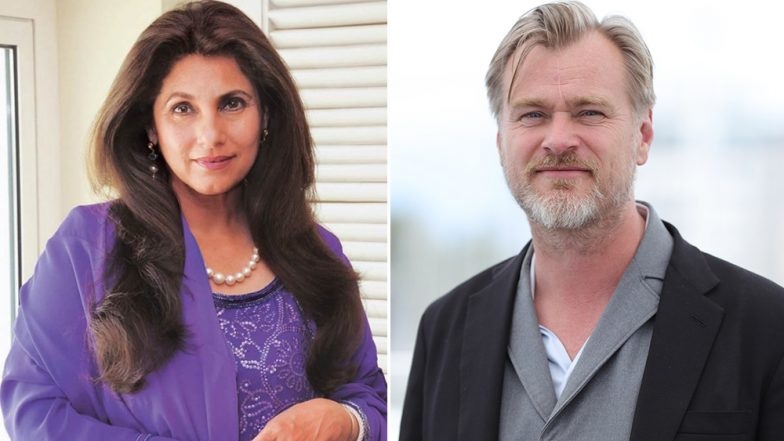 As we know, Dimple Kapadia who was last seen in Anil Kapoor, Nana Patekar, Shruti Hasan and John Abraham starrer Welcome Back has been roped in for the Hollywood spy action thriller, Tenet. Now we hear that the director is planning to shoot a few scenes in Mumbai.

As per the reports Christopher Nolan will be shooting in mid-September in various parts of Mumbai. The filmmaker will reportedly shoot a seven to eight-day schedule here – which will have several action sequences. The film will also be shot in various different locations apart from Mumbai including the United States, Estonia, Italy and London.

Christopher Nolan had visited Mumbai for a special event hosted by Film Heritage Foundation’s Shivendra Singh Dungarpur last year, during his four days stay in Mumbai, he decided to shoot here. As per the reports, the filmmaker will be mostly shooting in South Bombay, Gateway of India, Taj Mahal hotel and Colaba Market.

Dimple Kapadia who has essayed some challenging roles in films like Bobby, Ram Lakhan, Lekin, Insaaf, Rudaali, Gardish among others will be seen doing her first Hollywood film. On the work front, the talented actress will also be seen in the Salman Khan starrer Dabangg 3 and Ranbir Kapoor-Alia Bhatt starrer Bramhastra.

It will be interesting to see the veteran actress in an international project.

More Latest News
Huma Qureshi To Be Part Of Another Hollywood Drama
Rocketman Review: A Beautiful Adaptation
To Top