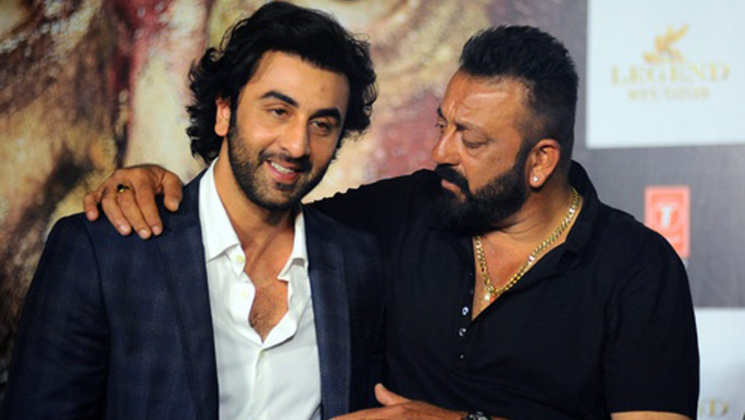 Rajkumar Hirani’s Sanju released yesterday and reactions have been pouring in every since.

At the trailer launch of his upcoming film, Saheb Biwi Aur Gangster 3, when Sanjay Dutt was asked about Sanju, he said,

“Ranbir is extraordinary in the film. The film is fantastic. Rajkumar Hirani, Vicky Kaushal and everyone has done a fantastic job. Reality has been portrayed in the film.”

“I think there’s a gangster in me. And many people told me that they want me to play a gangster ever since I was released from jail. It’s a very emotional character who will go to any extent for love.”

Directed by Tigmanshu Dhulia, Saheb Biwi Aur Gangster 3 is scheduled to release on 27th July. Check out the trailer here:

More Latest News
Sanju Quick Movie Review: A Father-Son Relationship In The World Of Showbiz Wins Heart
Irrfan Khan Charms Us With His Spontaneity In Akarsh Khurana’s Karwaan
To Top