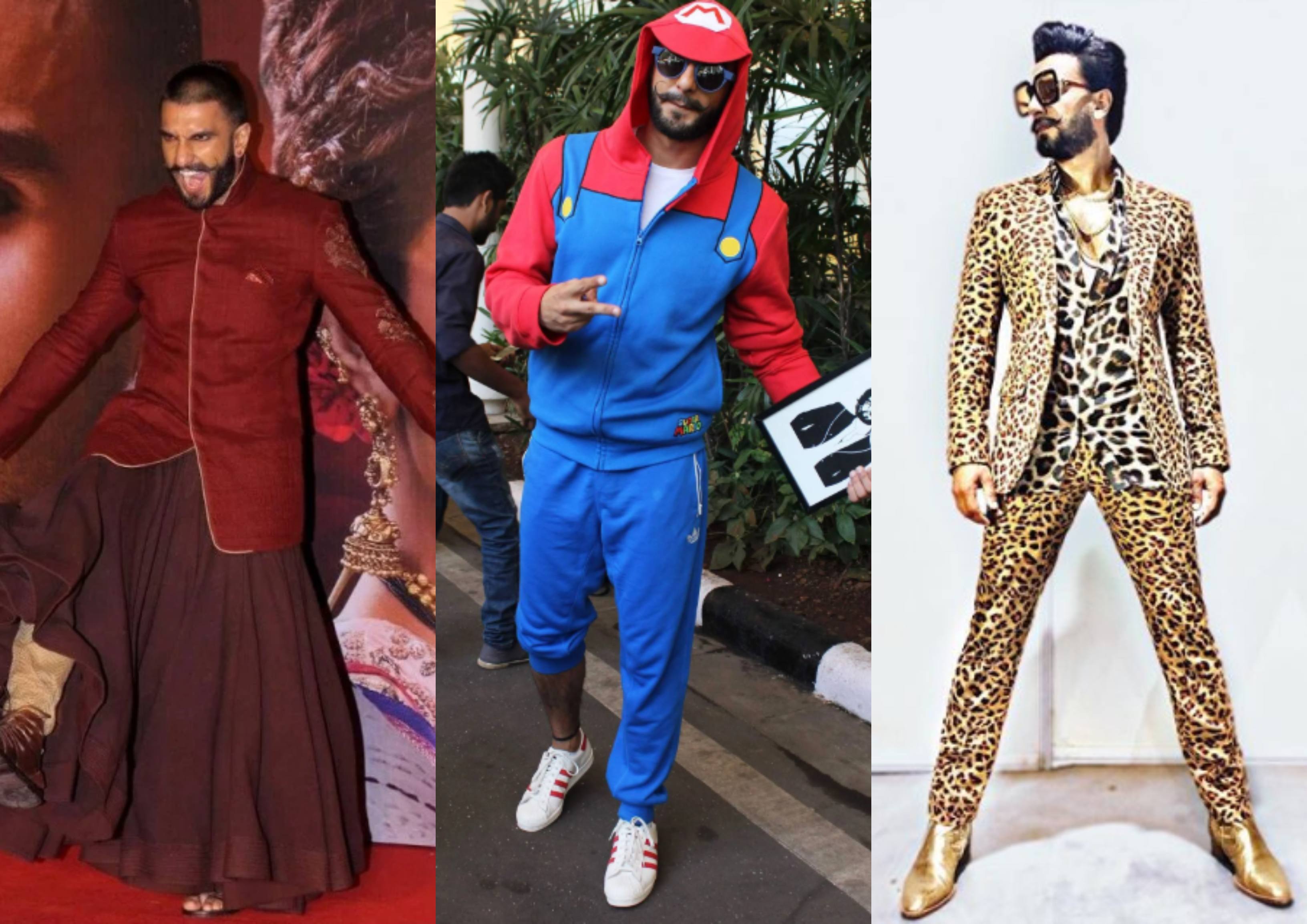 Ranveer Singh is one actor who is creating ripples in Bollywood with his acting as well as fashion. The actor who made a dhamakedaar debut in Band Baaja Baaraat is less than a decade old in the industry. He has acted in 10 films in this period giving us numerous amazing performances.

The actor has brought many characters to live including Murad, Simmba, Khilji, Bajirao, Bittoo Sharma, Karan Mehra and more.

As much as he is known for his acting capabilities, he is also famous for his quirky, unique and hatke fashion sense. From red carpets to film promotions and airport looks to just roaming in the city, the actor is always wearing something that catches our eyes.

Today, as Ranveer Singh rings in his 34th birthday, we at BollywoodBee bring you some looks that we doubt anyone else could pull off like him

Which Ranveer Singh look do you like the most? Also, which look of the actor do you think you can pull off? Tell us in the Comments below.

More Latest News
Hrithik Roshan: I felt only Tiger had the power to make me look like a piece of sh*t
Janhvi Kapoor Receives A Special Something While Shooting Roohi-Aafza
To Top