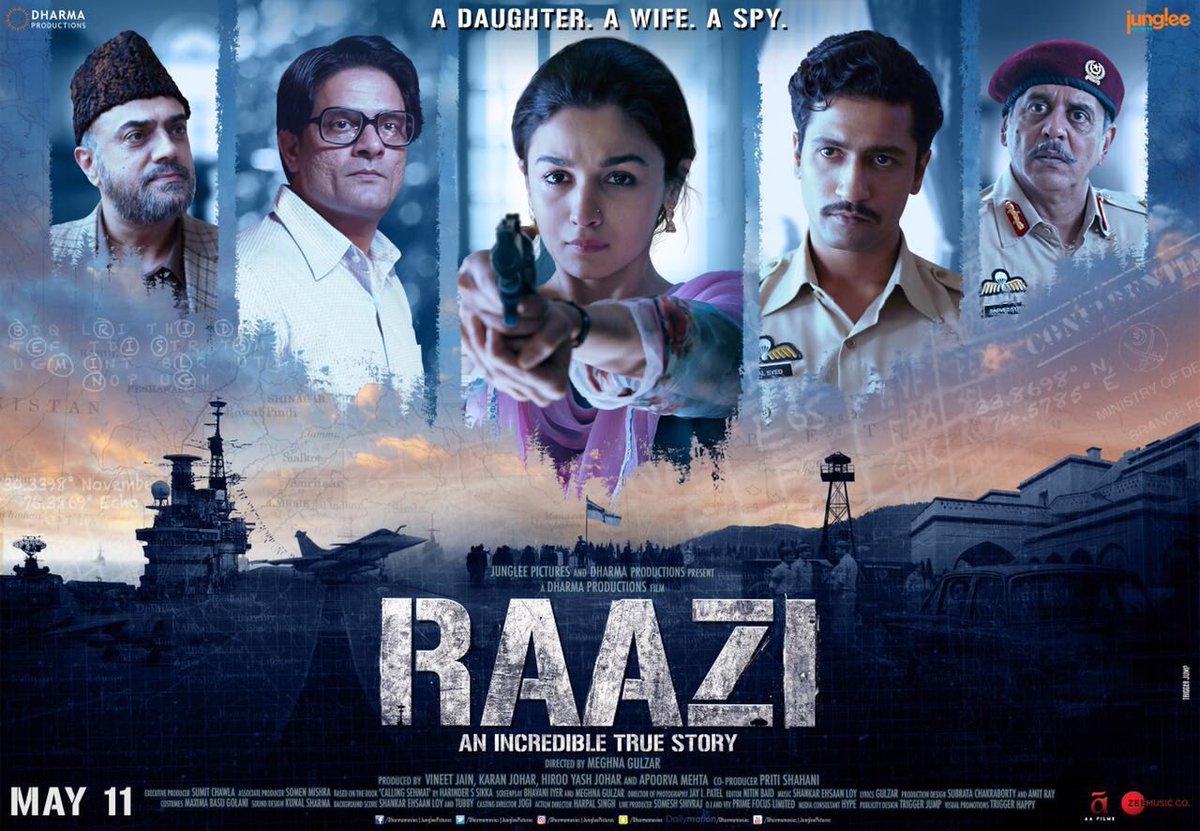 Alia Bhatt in Raazi plays an innocent girl Sehmat Khan who is convinced by her father to get married into the enemy nation, in order to pass the information from the Pak army for the sake of patriotism.

Meghna Gulzar tries hard to build up the convincing storyline and develop that patriotic feeling in our hearts but the film ends up being merely a story about unsung heroes. Hence, the film becomes a loosely written spy-thriller drama.

Alia looks naïve but pretty unconvincing in the role of a spy. There were a few loopholes on her acting which turned out to be disappointing as she is a phenomenal actress. Vicky Kaushal’s character as Iqbaal Syed was spineless and he remains expressionless throughout the film.

Rest of the cast did a good job in supporting roles, especially Jaideep Ahlawat. Technically as well, this film doesn’t impress us much.

The one-woman show of Alia Bhatt was much-awaited but ended up equally disappointing. But you can still watch it for Alia’s cuteness only if you wish to. We give this spy-drama caper 2.5 buzzing bees!