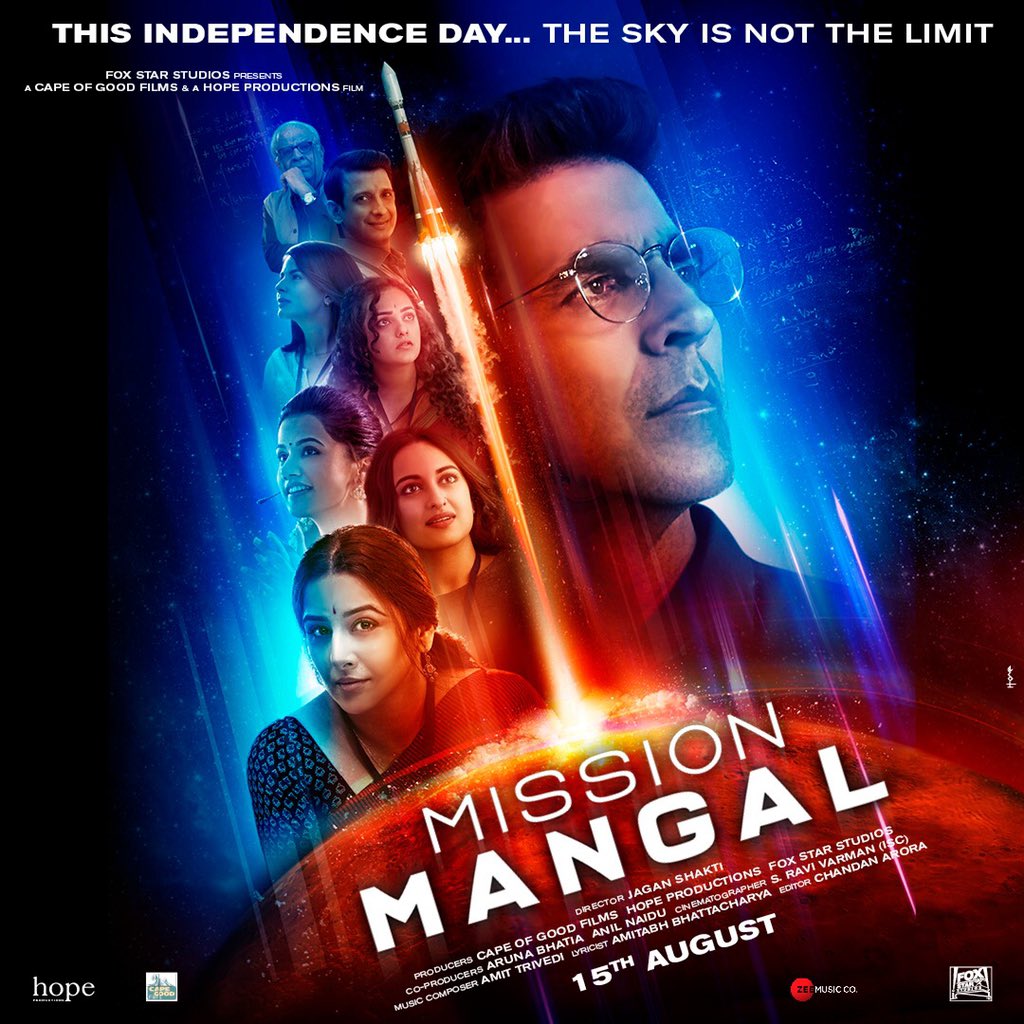 The film has worked wonders at the box office. It has already entered the 100 crore club. Now, the team of Mission Mangal has another reason to celebrate.

Taapsee and Akshay got to know that Mission Mangal has inspired a young child to become a space scientist. Yes it is true.

A Twitter user, by the name of Aparajitha, tweeted to the cast of Mission Mangal to thank them for inspiring her son to become a space scientist.

“Mission Mangal is a movie which inspired my 7 year old son, who wants to be a space scientist after seeing the movie & has now came out with a design of his new project Mangalyaan 3. @akshaykumar @vidhya_balan @isro @taapsee @sonakshisinha.”

To this Akshay replied:

“This is amazing! Glad to know about this future scientist and learn about his Mission Mangal. Wishing him all the very best.”

This is amazing! Glad to know about this future scientist and learn about his Mission Mangal ❤️ Wishing him all the very best 🙂 https://t.co/dpBwmiasdu

“This is beyond words! Not a bigger success than this.”

This is beyond words! Not a bigger success than this ❤️ #MissionMangal https://t.co/fQ89WiCRhV

More Latest News
Deepika Padukone: Sheer determination fuelled me. It was empowering
Aayush Sharma: I want to give my role (in Kwatha) everything that it demands
To Top