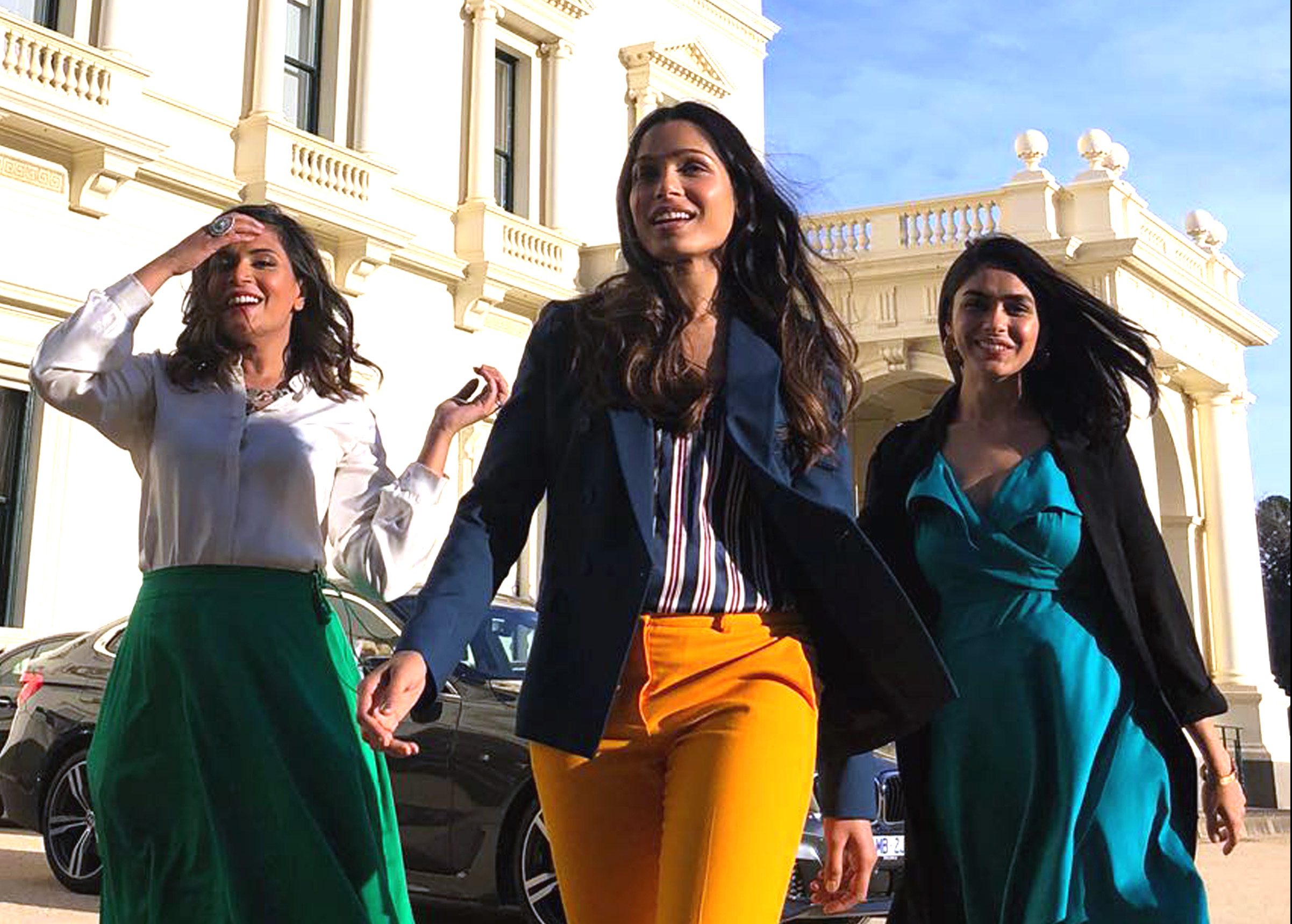 At the time of Indian Film Festival of Melbourne, the world saw the warm friendship between three lead actresses, Richa Chadha, Mrunal Thakur, and Freida Pinto. The bond that formed during the shooting of the film, Love Sonia, has stayed even months after that. Mrunal Thakur feels lucky to have Richa and Freida besides her as she is starting her journey into the Bollywood Industry. The amount of love and support she has received from the two and the rest of the world is overwhelming.

The girl gang stood as pillars of strength alongside their director, Tabrez Noorani throughout different International screenings of the film. They had a gala time with each other promoting the film in the global circuit. After receiving love from all over for the trailer and the story of Sonia, the team is extremely excited about the release of the film now in India.

It is quite rare to find chemistry between co-stars off the screen even when their bond is mind-blowing onscreen. It is inspiring to see and experience powerful women support each other, nevertheless.

Love Sonia is the outrageous story of a young Indian village girl, Sonia whose life tumultuously changes when she and her sister gets thrown in the global sex trade market. Trying to save her sister, Preeti, the one person she is closest to, Sonia travels from India to Los Angeles.