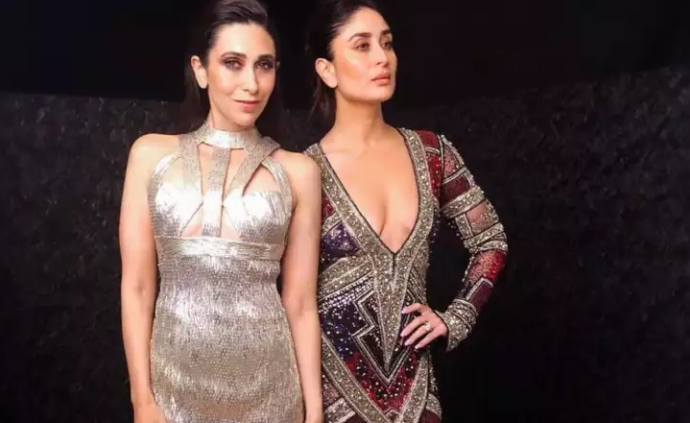 Kareena Kapoor Khan made her big, small screen debut with Zee TV’s Dance India Dance Season 7. The bubbly actress is the life of the show with her electrifying personality. Kareena has set the DID stage on fire with her moves and is giving all fashion goals with her ensembles. But here’s some bad news for Bebo’s fans. The actress will not feature in one episode of the show.

But there is a brighter side to it as well.

As Bebo is currently busy shooting Angrezi Medium in London, Karisma Kapoor is filling in for her in one of the episodes of Dance India Dance 7. Kareena has confirmed this news and said that Lolo is her confidant, best friend and role model…so it would be amazing to see her judge the show. She also asked her fans to miss her while she was gone.

Lolo looked stunning in a magenta gown for the episode. Her simple makeup and tied up hair made her look chic.
Confirming the same with a leading daily, Kareena said:

“She is my role model, confidante and best friend. Before I became my own favourite, she was my absolute favourite and still is.”

“While you shower love on Karisma, don’t forget to miss me.”

On the work front, Kareena Kapoor Khan has her plate full with Good News, Angrezi Medium and Takht.