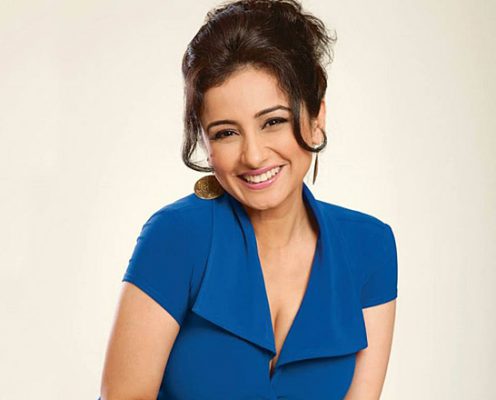 Divya Dutta has firmly established herself as one of the most talented actors in Bollywood. The actress can pull off almost any role. She has amazed us with her performances in films like Veer-Zaara, Badlapur, Bhaag Milkha Bhaag and more. Over her career spanning 25 years, she has won many awards including the coveted National Award.

Hailing from Ludhiana, Divya hails from a completely non film background and had no clue regarding how the industry functioned. However, what she had in abundance was talent, determination and a childhood dream to be in the movies.

“I dreamt of being an actor ever since I was four years old. I would tear my mom’s dupattas, tie them around my waist and apply her red lipstick to emulate Amitabh Bachchan’s paan-chewing look in ‘Khaiyke paan Banaraswala’ from the film ‘Don’. The entire neighbourhood was invited to see me perform with the added attraction of Samosas and Gulab Jamuns being served during the ‘performance’. I loved performing and I adored my audience. I totally loved their reactions to my performances! I was aware that this creative expression meant a lot to me. Yes, I daydreamed a lot too. In between my studying spells, I would take a break and enact my reaction at a future award ceremony when they would announce: ‘And the Filmfare Best Actress award goes to Divya Dutta!’.”

Speaking on dealing with rejection and eventually adapting to the ways of the Industry, Divya Dutta said,

“My life has been an amazing journey of highs and lows. I am equally proud of the lows because they made me who I am today. I came from a non-film background, I was raised in a very protective environment so I trusted everyone I met in the film industry. The most interesting thing about our industry is that nobody says ‘no’ to you to your face, probably because you never know who will become a star the next moment and you might need him/ her. So when I met people, they all said, ‘We will work together soon’. So I would happily call my mother to tell her that her daughter, had made it big. I had signed 22 films! It’s a different story that none of them went on the floors; and even if they did, it was without me of course.

This was my introduction to the world of rejections, the world of ‘no’ that I had never heard in my life till this time. I was only used to love and pampering! Where had I come? Why were they not doing what they promised?

I told myself: ‘Welcome to the real world.’ But I was lucky. I had a family which gave me the support very few people get. My mom stood by me like a rock. If I came home crying, her lap was my solace; it made me feel it wasn’t the end of the world. It’s a new day every day! I realised it’s a need-oriented place. One fine day my mother sat me down and said, ‘Do they know you are a fab actor? No. For them, you are just another pretty face who joined films. So, don’t keep waiting for lead roles. Take on strong roles that prove your mettle so that they know your worth and offer you roles you deserve.’

From then on, the direction of my journey changed. I picked up substantial roles where I wasn’t romancing the heroes but my roles were what people took home. After watching ‘Veer-Zara’, people began to ask, ‘Who was that girl?’ There was no looking back after that. I added something extra to my roles. With time I realised my deepest desire to make a difference in the industry, to stand out even in a smaller role, to be appreciated.”

As she looks back at her journey, Divya Dutta is full of gratitude,

“I have spent 25 years in the industry and thank God, they still ‘need’ me. This is an amazing place to be, provided you keep rediscovering yourself and surprising people! My mom’s words proved prophetic. Now they come to me and say, ‘Ma’am this role has been written with you in mind’. Sometimes, I marvel at how dreams become realities, especially in this dream world of movies. Gratitude!”