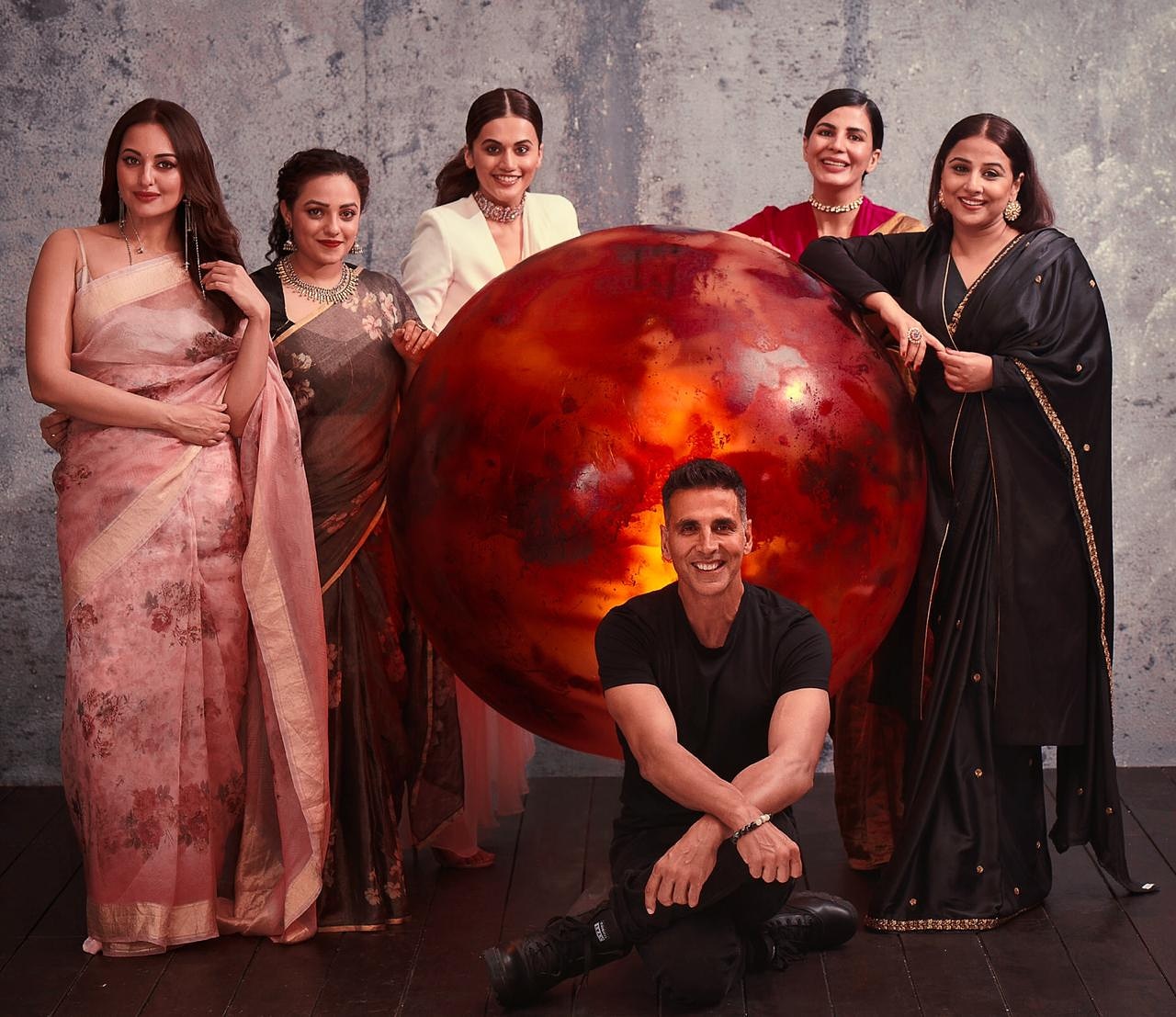 The cast of Mission Mangal

Mission Mangal starring Akshay Kumar, Vidya Balan, Taapsee Pannu, Sonakshi Sinha, Kirti Kulhari, Nithya Menen and Sharman Joshi has been creating news ever since it was announced and we have seen its teaser. The film’s trailer released recently and it has been receiving positive reviews by all.

The makers of the film are now all set to launch the first song today. This track has been titled — Dil Mein Mars Hai.

Mission Mangal is based on the Mars Orbiter Mission (MOM), also called Mangalyaan, carried out by a team of scientists at the Indian Space Research Organisation (ISRO). With this mission, India became the first Asian nation to reach the Martian orbit as well as the first nation in the world to do so in its maiden attempt.

Talking about the idea behind the inspirational track, debutant director Jagan Shakti said:

“The song is more like an anthem that plays out at different junctures in the film. It almost binds the story together. Each scientist working on Mission Mangal has their own idea for this ambitious venture, but faces roadblocks while executing them.”

“In the film, the team members use their skills to crack problems, whether it is monetary, technological or otherwise. What matters to them is the ultimate goal, which is to successfully send the Mangalyaan into space to orbit Mars, and to do that in the first attempt despite constraints. Hence, we have titled this song Dil Mein Mars Hai, because, for these scientists, Dil mein mars hai, quite literally.”

“We tried a few things, which were very tech heavy and they somehow didn’t bring out the emotion that we wanted to highlight. Then, we decided to try something simple, which brings out the underlying sentiment clearly. The idea was to highlight the scientists’ undeterred spirit to achieve their goal and Dil Mein Mars Hai says it all.”