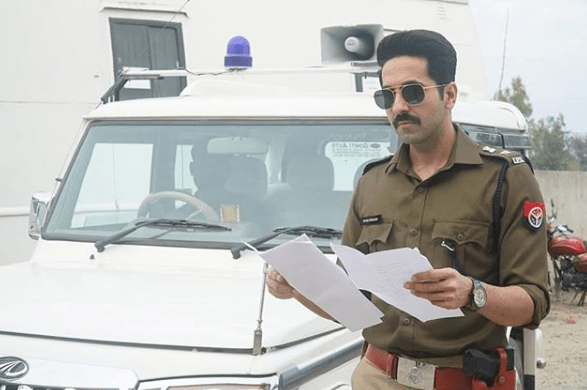 Ayushmann Khurrana Starrer Article 15 To Have A Rap Anthem

Ayushmann Khurrana who is riding high with the success of AndhaDhun, and was last seen in Badhaai Ho, is currently enjoying a purple patch in his career. Now, the talented actor’s next film, Article 15, is highly anticipated and we hear that the film will have an angry Rap anthem.

Director Anubhav Sinha said that there will be an anthem which has youngsters saying what needs to be done in the country. His idea was to bring the rappers on board and someone suggested SpitFire who is from Madhya Pradesh. There will be female rapper featuring in the video as well. Ayushmann Khurrana will be part of the rap video but won’t be rapping in the video.

The film deals with a social issue which makes it even more interesting and the audience cannot wait for the movie’s release. Ayushmann emerges as a heroic figure in the storyline by essaying the lead role of a cop. During the series of investigations in the film, Ayushmann is seen unravelling the ugly truths associated with social discrimination.

Article 15 is set to get a world premiere at the tenth edition of the London Indian Film Festival. The film will be shown there on its opening night.