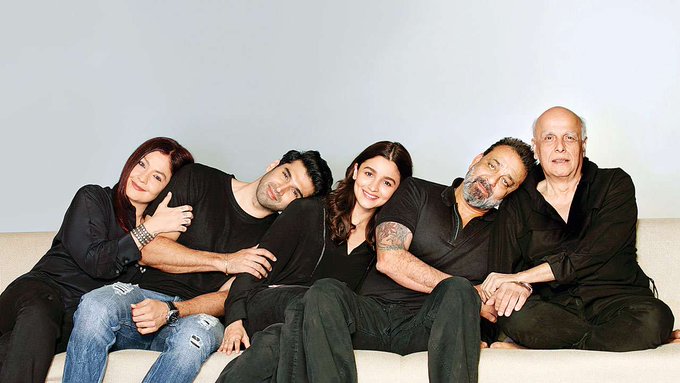 The cast of Sadak 2

Bollywood has always loved shooting film in the valleys of Jammu and Kashmir. The most recent films shot there include Notebook, No Fathers In Kashmir and Raazi. The next films that were scheduled to shoot in the paradise on earth were Mahesh Bhatt’s Sadak 2 and Vikram Batra’s Shershaah.

But in wake of Article 370 being revoked, these scheduled seem to have gone for a toss.

On Monday, Home Minister Amit Shah announced in the Rajya Sabha that the government has decided to revoke Article 370. Article 370 of the Indian Constitution grants special status to Jammu and Kashmir. The government also announced its decision to split the region into two Union territories — Jammu and Kashmir (which will have a legislature) and Ladakh (which will be without a legislature).

The abolition of the Article has had a ripple effect on the shooting schedules. According to some media reports, Mahesh Bhatt’s Sadak 2 and the Vikram Batra biopic Shershaah are being pushed ahead if not out of Kashmir.

Alia Bhatt who plays the female lead in Sadak 2 confirmed that the shooting of the film in Kashmir has been cancelled. The shoot will now take place at another location that is still to be decided. Says a source from team Sadak 2:

“Until there is a clear picture of what is going on in Kashmir how can any Bollywood crew think oh shooting there? By the grace of God all will be well in the Valley.”

The makers of Sadak 2 had plans to shoot an important segment of the film with Sanjay Dutt, Alia and Makarand Deshpande (who essays the role of a godman) in J&K.

“We were lucky. We shot in Kashmir for a major part of July without a hitch. The situation was absolutely under control. We finished our schedule just a few days before Article 370 was repealed.”

We wish all stay safe where ever they shoot and continue giving us amazing films.

More Latest News
Akshay Kumar: I have not made a documentary film
Nach Baliye 9 Winner To Share Screen Space With Salman Khan In Dabangg 3
To Top