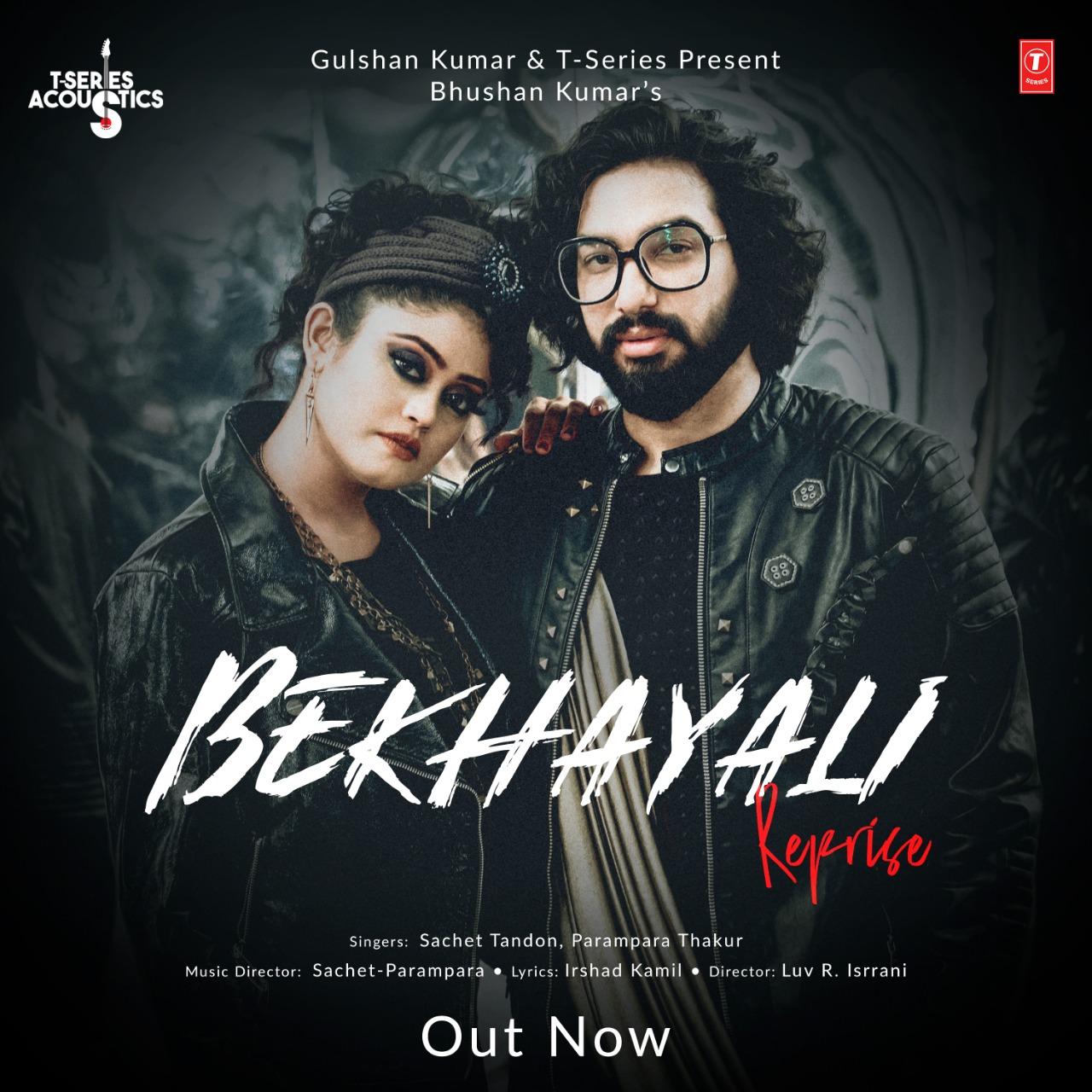 Keeping in mind the appeal Kabir Singh’s songs are having, Bhushan Kumar has released the acoustic version of Bekhayali from the film. This version is sung by Sachet Tandon and Parampara Thakur.

It is bound to tug at your heartstrings with the pain and pathos that the singer duo brings to the reprise version. The arrangement of the reprise version is a departure from what you have seen and heard in the film. This version relies heavily on string instruments such as cellos, violin, and the guitar.

Speaking about the experience an elated Sachet says,

“Singing the reprise version was a different experience for us and also a bit difficult. As this was a duet we were very particular that it should match the intensity and feel of the original version. Its essence should be maintained even though we have played with its arrangement.”

“It was a very interesting experiment for us. We are glad that Bhushanji pushed us to do this. Earlier we made the song behind four walls and presented it to listeners. Now we are in front of the camera. It is challenging to sing and portray the emotions on screen. I am a little nervous but also looking forward to seeing how people receive this new version of Bekhayali.”

With original lyrics by Irshad Kamil, the reprised version’s music is produced by Satish Raghunathan.