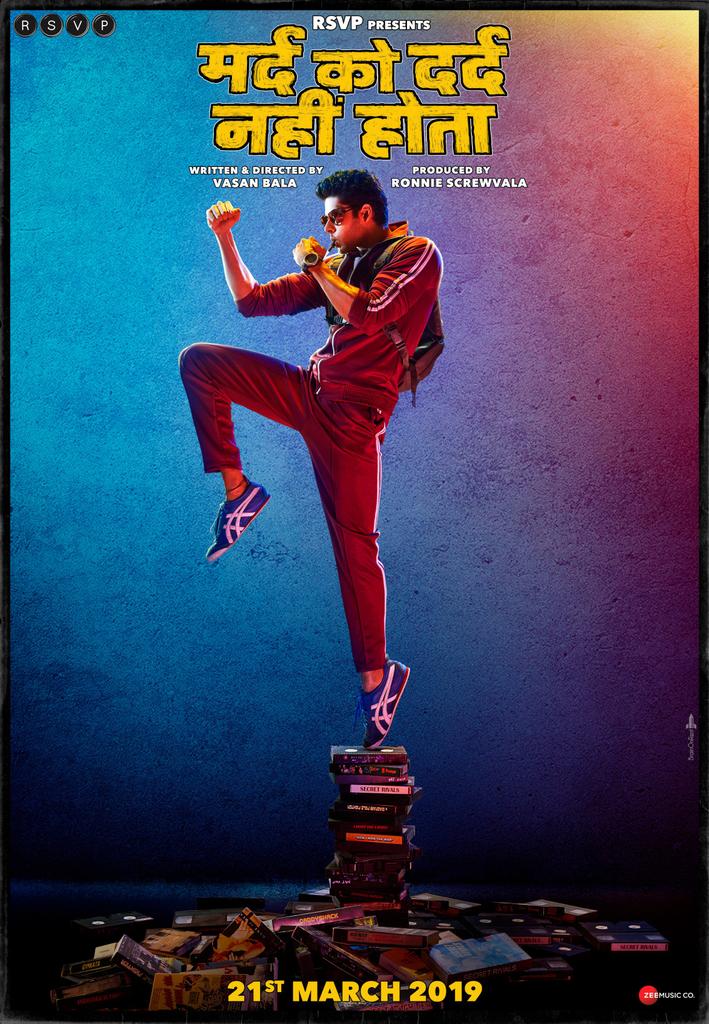 Mard Ko Dard Nahi Hota, directed by Vasan Bala, starring Abhimanyu Dassani, Radhika Madan and Gulshan Devaiah in lead roles is all set to grab the screens on 21st of March. One question that everyone seems to be asking is, why the movie is clashing with Akshay Kumar’s Kesari?

By now, Mard Ko Dard Nahi Hota has become synonymous with new, weird, unique, out of the box content with a healthy dose of self-deprecating humor. And in keeping within tune with the vibe, the crew of the film has given out a new teaser where Abhimanyu himself confesses that he is a big Akshay fan and will watch his film, but then, who will watch Mard Ko Dard Nahi Hota?

The film is based on the story of a man who wants to fight the bad guys and has a ‘superhero’ ability, which is actually a disorder that prevents him from feeling any pain. The film has previously been screened in many film festivals and has won numerous accolades.