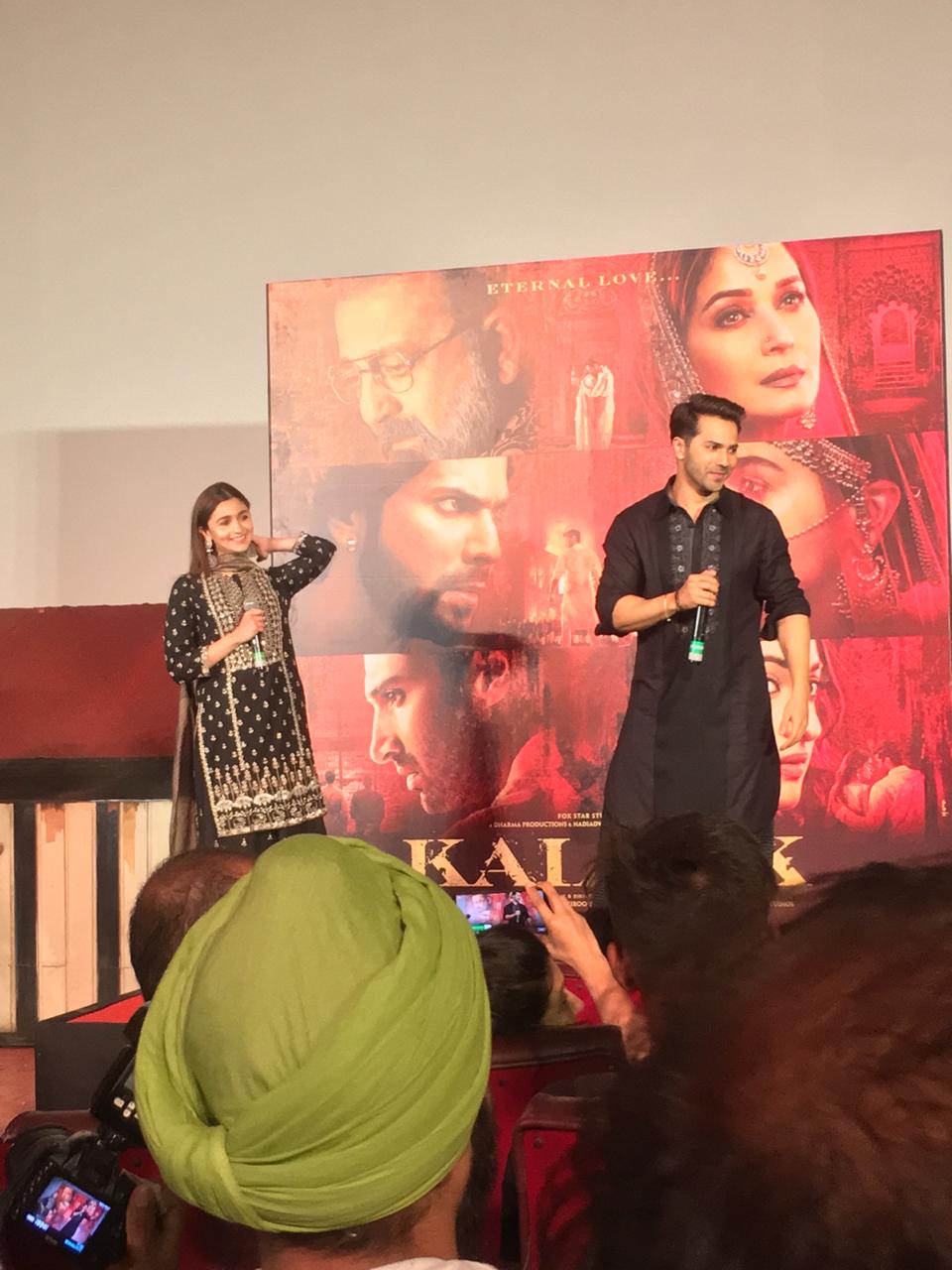 Varun Dhawan & Alia Bhatt were present today at Mumbai’s Gaiety Galaxy cinema for the song launch of ‘First Class’ from their film Kalank. The film is directed by Abhishek Verman.

Talking about the song, Varun said,

“The song is very special for me. Firstly because it’s sung by Arijit Singh and secondly because this is the first time I have danced with 1000 dancers.”

At the event, Varun immensely appreciated Alia Bhatt. He said,

“I always thank Alia for working with me because she’s become a very big actress now.”

He also got nostalgic about visiting Gaiety Galaxy and said,

“I remember when I was a kid, I used to come here often to watch Salman bhai’s films or Sanju Baba’s films. I used to sit in the audience and make noises using glasses.”