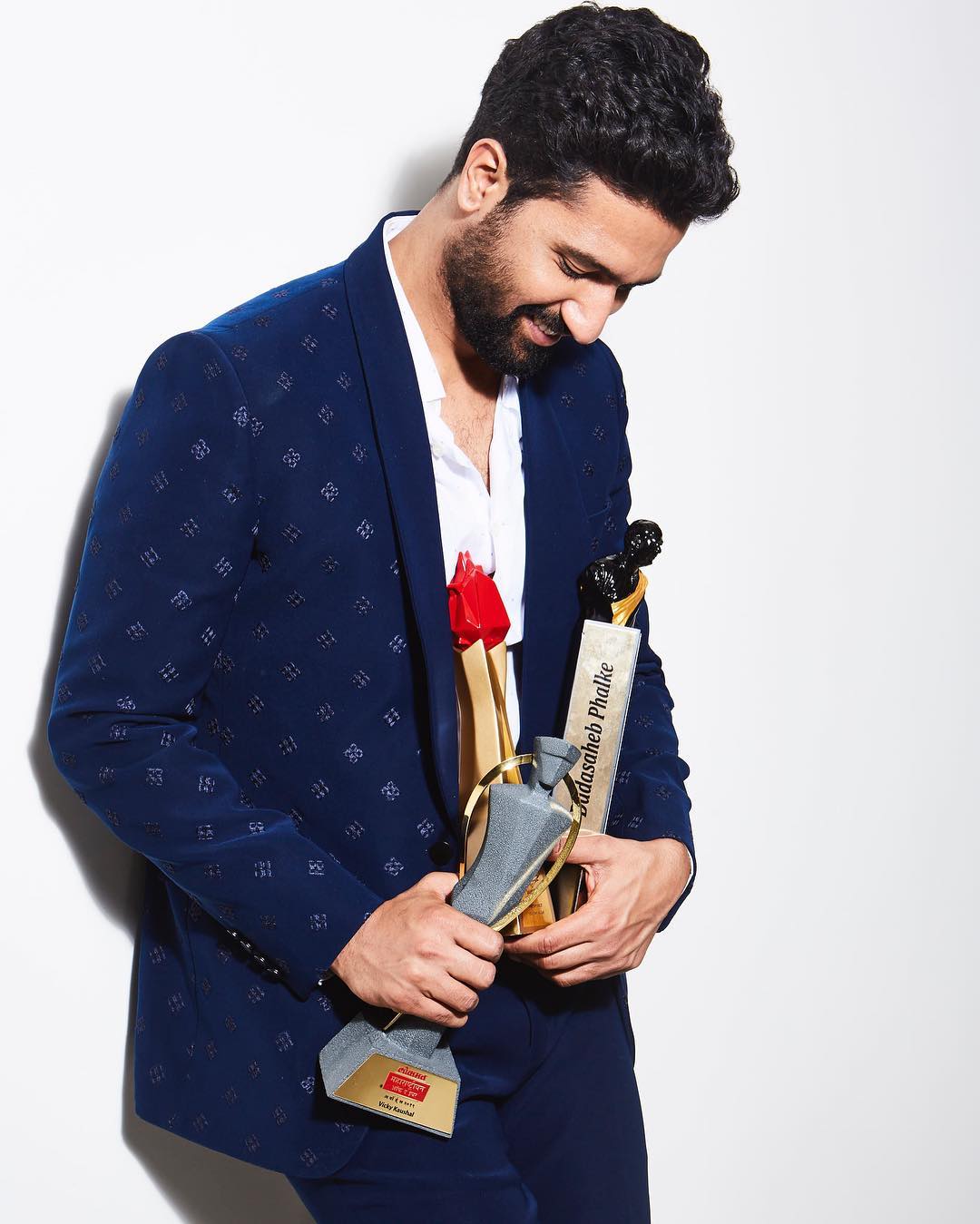 Not only has Vicky Kaushal’s 2019 begun high on high josh but he had an awesome 2018 too. The actor featured in 4 films – Love per Square Foot, Raazi, Sanju and Manmarziyaan and one web series – Lust Stories. URI, which stars Vicky as Major Vihaan Singh Shergill has earned him rave applauds and is doing well at the box office.

Last evening the actor was busy moving from one award show to the next. Vicky bagged 3 awards in one evening.

He received the Path-Breaking Performer award by the honourable CM of Maharashtra at the Lokmat Maharashtrian of the Year awards.

The amazingly talented @vickykaushal09 receives the Path Breaking Performer of the Year award by the honourable CM of Maharashtra, #DevendraFadnavis, at the #Lokmat Maharashtrian of the Year awards.#VickyKaushal #URI #Sanju #LokmatAwards pic.twitter.com/k0a6ULTfhF

Vicky was the recipient of the Fresh Face of the Year award at the Femina Beauty Awards.

He also accepted the Dada Saheb Phalke Best Performance in a leading role award for his portrayal of a para-commando officer in URI.

The actor shared a pic with all three awards!