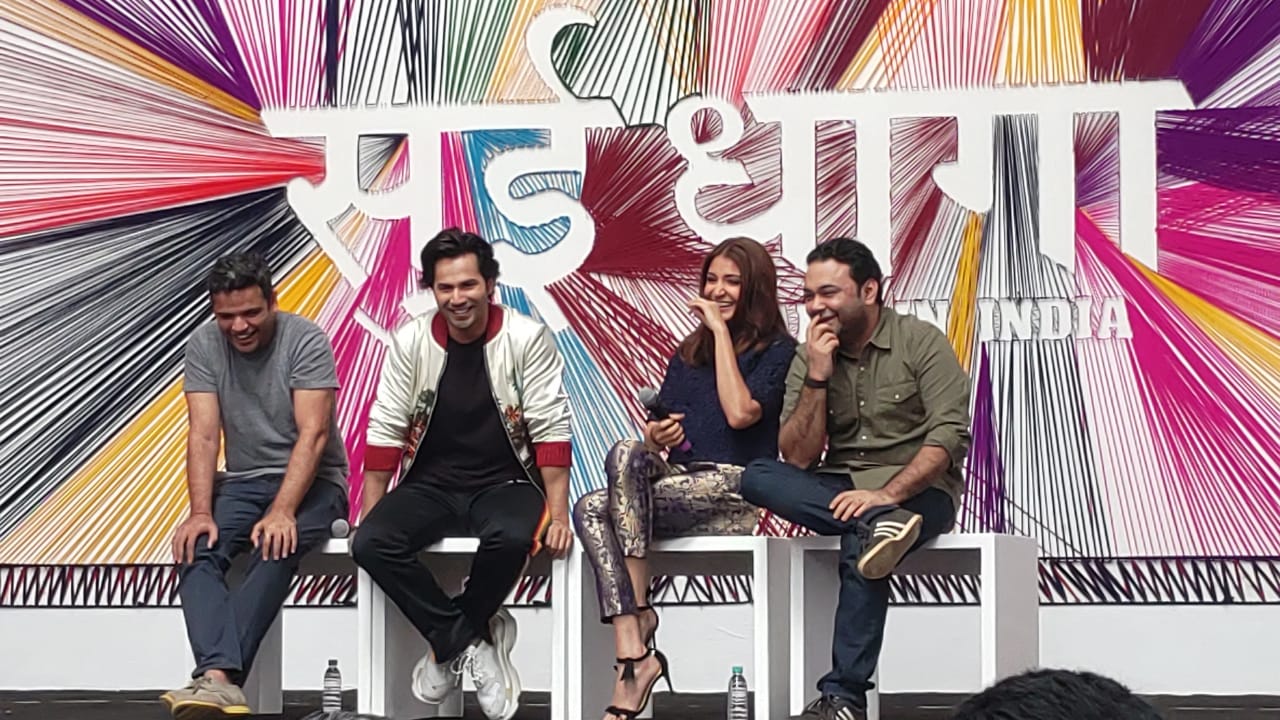 The trailer launch was one of the most colorful affairs we have ever seen.
Check out the whole set up here:

When Varun and Anushka were asked about How they agreed to do a film like Sui Dhaaga- Made In India, Varun said:

“When I first got the script, I didn’t have the time to do the film. I told Adi sir and Maneesh sir that I have no time. When I read the story and Sharat’s script, I was bowled over. It made me laugh. I felt that I can’t leave this film. I had to become Mauji. I was made to work very hard, but I was ready for all that.”

Anushka, on the other hand, revealed, that she had denied working on this film, she said,

“I loved Dum Laga Ke Haisha. I loved the script, the story and the feel of the film. But I said no to Sui Dhaaga the first time. I felt I could not play the character. It is different from my personality on another level. I love challenging myself but this was against my grain. Sharat and Maneesh were supremely convinced that I could do it. I went with Sharat’s faith in me more than my faith in myself. I am so proud that I played this character.”

Sharat Katariya, who is directing his second film after Dum Laga ke Haisha, was asked on how difficult it was to work with big stars like Varun and Anushka, he said,

“I was nervous initially. I have never worked with such big stars. I was scared if they will listen to me. We get to hear a lot about stars. Later, I realized that they trust too much in me and my script.”

In case, you missed check out the trailer right away:

Yash Raj Films’ Sui Dhaaga – Made In India is set to release on September 28 this year.

More Latest News
5 Actors In Yamla Pagla Deewana Phir Se You Must Watch Out For
In Pictures: Sui Dhaaga Trailer Launch A Colorful Affair
To Top