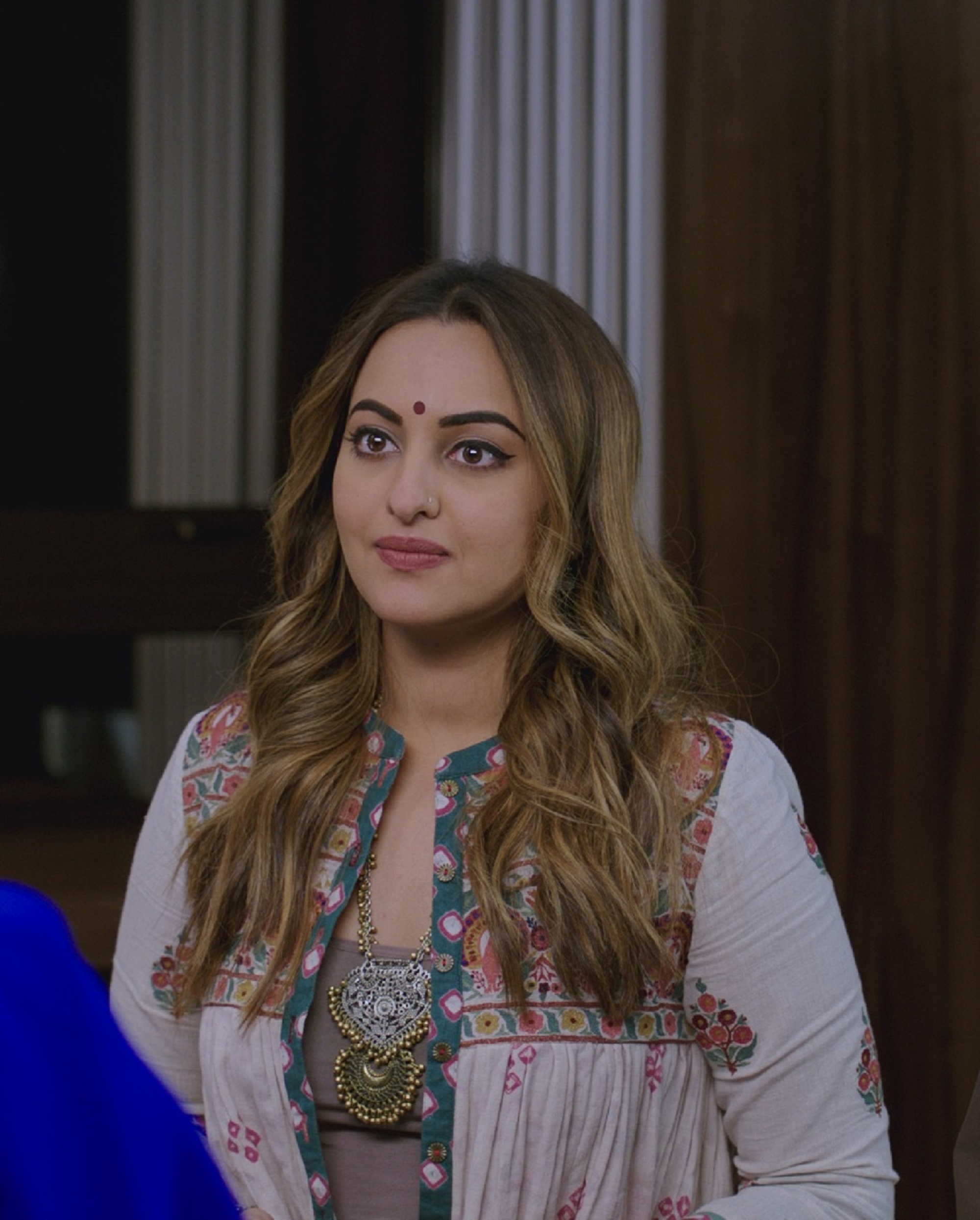 Actor Sonakshi Sinha is known to be able to pull off any look, be it the ultra-modern journalist in Noor or the conventional desi girl in her debut film Dabangg. She can pull the look off.

‘Welcome To New York’, Sonakshi’s next, which releases on February 23rd, 2018 and has already been creating a storm on the internet ever since its trailer launch with all the hilarious punches, has her playing a Gujarati fashion designer, Jinal Patel.

The look is very different and Sonakshi has always been able to carry it off with ease.

For Jinal’s quirky look, Sonakshi teamed up Kurtis with bindi and accessories. Her look has been put together by Eka Lakhani, her college batchmate.

“Eka has understood the quirks of the character really well and applied it to her fashion! I was really happy with all the elements she put together to give Jinal Patel a very different, quirky and individual style, a style she can call her own”.

The character is supposed to be somebody who is an aspiring fashion designer and has her own quirky sense of fashion. To go with the quirks in her personality, we added certain quirks to her look too and that really added to the character.

“Sonakshi’s look was supposed to be fun, quirky.. yet it had to have a slightly ‘off’ or slightly ‘weird’ feel to it. So while we made her look fun, we also gave a slightly quirky vibe to her overall look.”

“It was fun working with Sonakshi, and she took on the role like a fish to water. Moreover, with her comic timing, she was able to bring out the very best.”

Produced by Pooja Entertainment (India) Ltd in association with Wiz Films and Directed by Chakri Toleti, ‘Welcome To New York’ is a heartfelt, rib-tickling comedy that tells the story of two unlikely youngsters living in India in search of a better life for themselves. An unexpected trip to New York City sets them off on a comic adventure that changes their lives forever, releases worldwide on February 23rd, 2018

More Latest News
Aamir Khan Replaces Akshay Kumar In Mogul?
Hottie Kartik Aaryan Rocks The Stage On His Debut As A showstopper At LFW
To Top