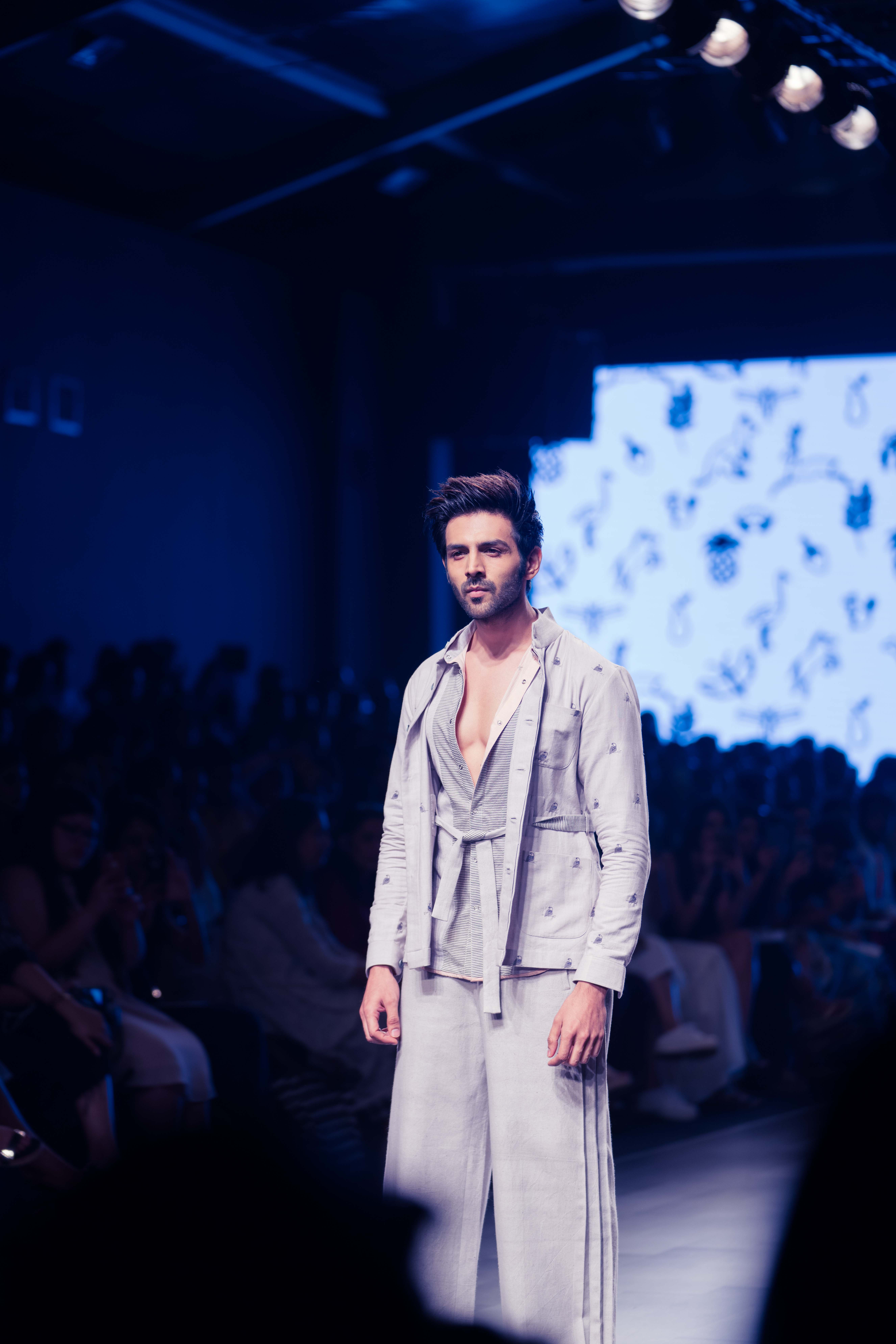 Kartik Aaryan who is all set for the release of his next film Sonu Ke Titu Ki Sweety surprised his fans with his debut appearance as the showstopper at the Lakmé Fashion Week.

The fashion gala which has industry’s biggest names walking the ramp and gracing the event was concluded last evening with some grand shows and designs to showcase.

Kartik Aaryan walked the ramp as a showstopper for designer Amit Wadhwa on day 5. The actor took the ramp like an ace model and wowed everyone with his attitude.

The outfit that he wore was different, it was fun and quite youth-centric very much like the actor’s persona. He donned a quirky grey outfit that set the temperature soaring for men’s sartorial picks.

Check out The Look Here:

He set the ramp on fire with his confidence and panache that no one could believe that it was his debut walk on the ramp as a showstopper.