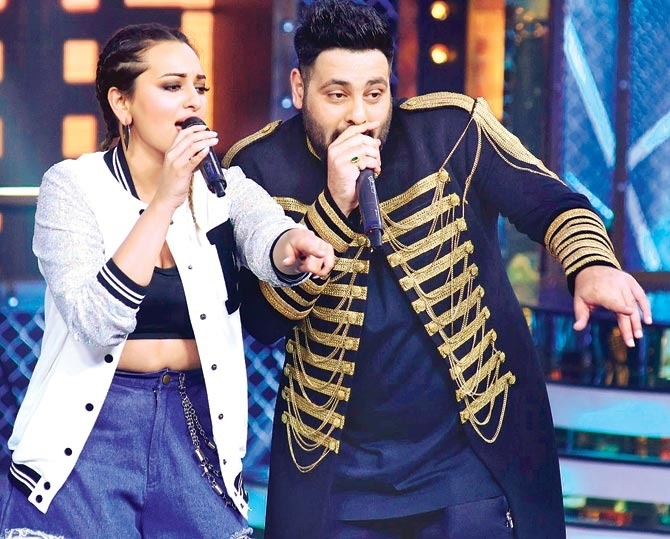 Sonakshi Sinha And Badshah To Dance To The Beats Of Koka

Sonakshi Sinha, who was last seen in Karan Johar’s Kalank is all set to feature in debutant director Shilpi Dasgupta’s yet-untitled slice-of-life film with rapper-singer Badshah. The rapper will be making his acting debut with this flick.

And now we hear that Sonakshi Sinha and Badshah will recreate Jasbir Jassi’s hit song Koka on screen.

The film’s team is retaining Jasbir Jassi’s voice with some rap portions by Badshah in Tanishk Bagchi’s recreated version.

The folksy number is being used as a celebratory track with Sonakshi and Badshah, along with Varun Sharma and other actors grooving to the catchy beats.

Sonakshi confirmed the news and said:

“Yes, Koka is a peppy, foot-tapping number, one of my favourites, and we had a great time shooting it.”

Her co-star added that it has been a pleasure to revisit Jasbir Jassi’s magic, a full-throated Punjabi celebration of Sonakshi’s character, her crazy family and circle of friends.
He said:

“Tanishk has done a great job with urbanising the folk sound and it’s definitely going to be the new jam this wedding season.”

More Latest News
Vivek Agnihotri Opens Up About His Next Film The Kashmir Files
Akshay Kumar Back In Bangkok For This Reason?
To Top