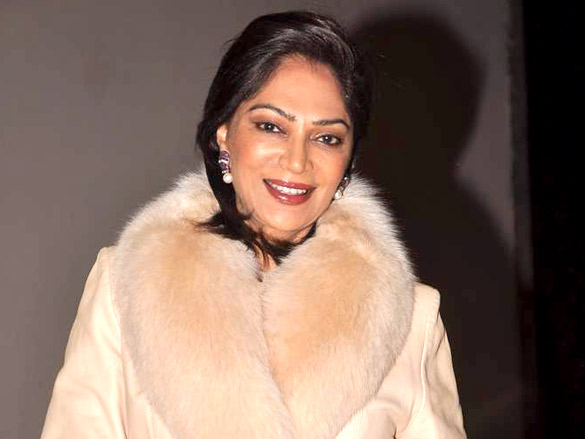 Simi Garewal, who has done films like Mera Naam Joker and Karz, is also known for her talk show Rendezvous with Simi Garewal. The actress began the show in 1997 and it ran for 5 seasons. Now 15 years later, the actress is all set to re-launch the show.

Any guesses on who the first couple is? Well, it is none other the lovely Deepika Padukone and Ranveer Singh.

Ever since DeepVeer tied the knot, fans have been eagerly waiting to see the two together onscreen. And now the wait is finally going to end.

Talking about the show, Simi said:

“Why would I change the format [to include] more gossip and games? People resort to games when they cannot make a conversation. It’s an easy way out! No research needed! [But] Rendezvous is about getting to ‘know’ the person.”

Talking about the guest, the host told a leading daily:

“I have never revealed names till I’ve shot the episode. But I’ll reveal this — Deepika and Ranveer have promised their first interview together (as a married couple) for Rendezvous,

Deepika and Ranveer will soon be seen together onscreen in Kabir Khan’s ’83. Deepika recently completed the shoot of Chhapaak and Ranveer is currently working on ’83.