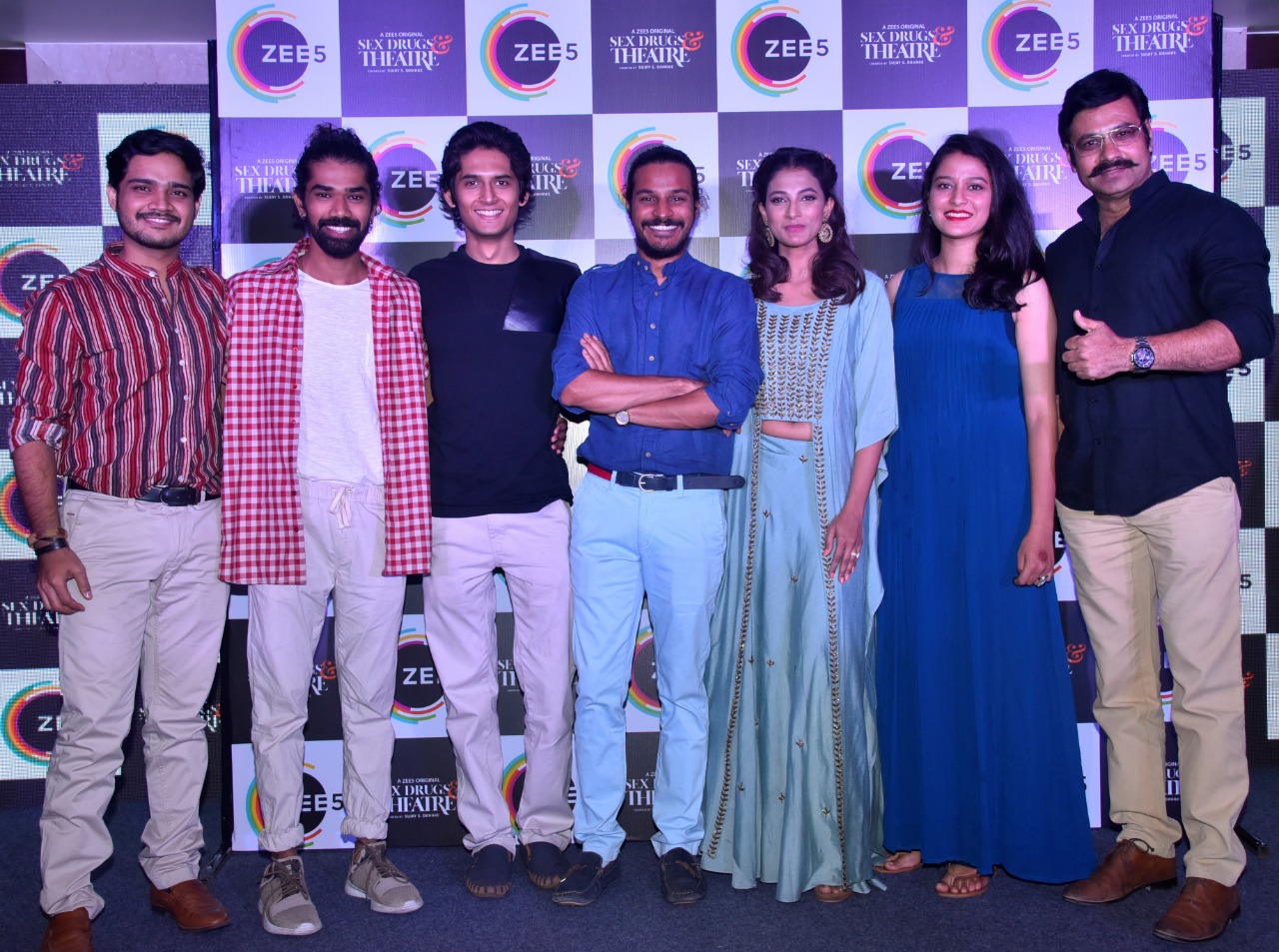 After announcing an energetic line-up of 72 Originals across 6 languages (till March 2020) on its first anniversary, ZEE5 launched its bold Original ‘Sex, Drugs & Theatre’ at an event in Pune. Driven with the idea to grow Marathi Originals library and happy with the phenomenal response to earlier content -including Date With Saie, Liftman and Veergati – ZEE5’s latest 10-episode web series – Sex, Drugs & Theatre – premieres on 5th March 2019.
Watch the trailer here:  https://www.youtube.com/watch?v=0p2diwymUs4

Created by National Award-winning film-maker, Sujay Dahake, the show features talented Parvin Tarde, Sunil Barve, Adish Vaidya, Mitali Mayekar, Suyash Zunjurke, Shalva Kinjwadekar, Nayannah Mukey, Abhishek Deshmukh and Sujay himself who will be seen playing a crucial role. ‘Sex, Drugs and Theatre’ delves into the drama style of storytelling and is a represents theatre in a cinematic way. The series is based on the journey of six college students who are made to work on a prestigious drama competition that is set to change their lives.

Series Creator and Director Sujay Dahake, said, “Theatre is one of the oldest forms of performing arts and this show brings together art along with budding artists of the industry in a seamless manner. With a robust script and relatable dynamics, the show is certain to hook the audience and give a spin to digital storytelling for the Marathi audience. It has been a pleasure to work with the ZEE5 team who gave us the right platform that we needed to tell our story.”

“Since our launch last year, we have consistently provided content on the platform that is relatable, edgy and something that viewers keep coming back to the platform for. Sex, Drugs & Theatre is one such example. It has a contemporary theme that will reverberate among today’s youth. It is a cool, youthful, vibrant show, something quite different from what the audience has seen so far. It is sure to set an industry benchmark.”

“Working with Sujay has been a wonderful experience. His keen sense of storytelling and pulse on the audience preferences will reflect in the success that the show is sure to garner.”