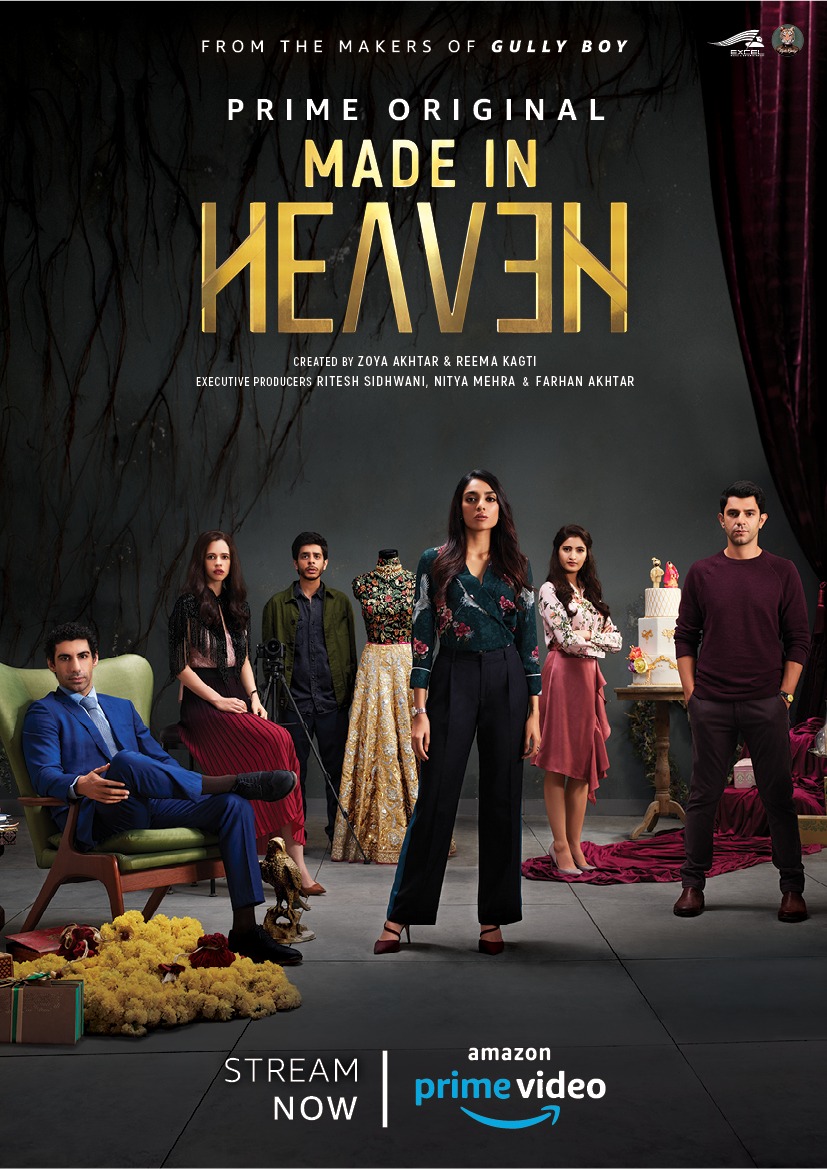 Zoya Akhtar, daughter of Javed Akhtar, has a strong cinematic vision to her and contemporary and layered treatment of characters, which helped her to carve out a unique niche for herself in the Indian film industry. Currently basking in commercial success and critical appreciation of Gully Boy, Zoya Akhtar and Reem Katgi, of Tiger Baby, are now gearing up for their next venture – Prime Original Series – Made in Heaven.
The series promises a sneak peek at what cooks behind-the-scenes in Big Fat Indian Weddings! Made In Heaven delves around the lives of two wedding planners, Tara and Karan, whose lives intersect against the backdrop of big-fat-Indian weddings, uncovering not only their personal turmoil but also the deep-rooted social nuances and prejudices deep rooted in Indian society.

Highlighting its uniqueness, we bring to you a few reasons why Made In Heaven should be a must-watch on your binge-list this month.

1. Each episode explores a societal theme

Set against the backdrop of the wedding business in India, Amazon Prime Video’s Original Series Made in Heaven examines the value system of the moneyed, urban, supposedly liberal India. Each episode explores a social issue, which while mostly swept under the carpet in public, still looms in the shadows, in today’s progressive society. Each episode is entertaining yet thought-provoking! Can one ask for more?

2. Created by Zoya Akhtar and Reema Kagdi, the series brings 4 talented minds to join the storytelling

Marking a first in Indian cinematic history, the series has been directed by 4 directors – the gripping drama, is the culmination of the creative vision of 4 incredibly talented directors – Zoya Akhtar, Nitya Mehra, Prashant Nair and Alankrita Shrivastava. Split by episode, each filmmaker brings their own unique perspective and style to storytelling, making the series a must watch.

4. Not only about wedding bells!

Created by Zoya Akhtar and Reema Kagti, the story unfolds over the course of an ongoing wedding season and brings to the fore some hard-hitting issues such as power struggle, LGBT themes, class-divide, self-worth, questioning existing stereotypes, working women, and a culture in transition.

5. Another noteworthy series by Farhan Akhtar and Ritesh Sidhwani

After giving us series like Inside Edge and Mirzapur, the producer duo of Excel Media & Entertainment, bring to audiences worldwide, another layered tale of human life, power play, and ambition!

Amazon Prime Video started the year strong, with the “Four More Shots Please!”, a series that found much love from audiences across India. We are sure that ‘Made In Heaven’ with its ironical take on lives will win millions of hearts this season.

The series is scheduled to premiere on March 8 this year.

More Latest News
Sex, Drugs & Theatre – A Bold Original By ZEE5
Nitin Kakkar: The Floating Set Has Memories That I Will Cherish For Life
To Top