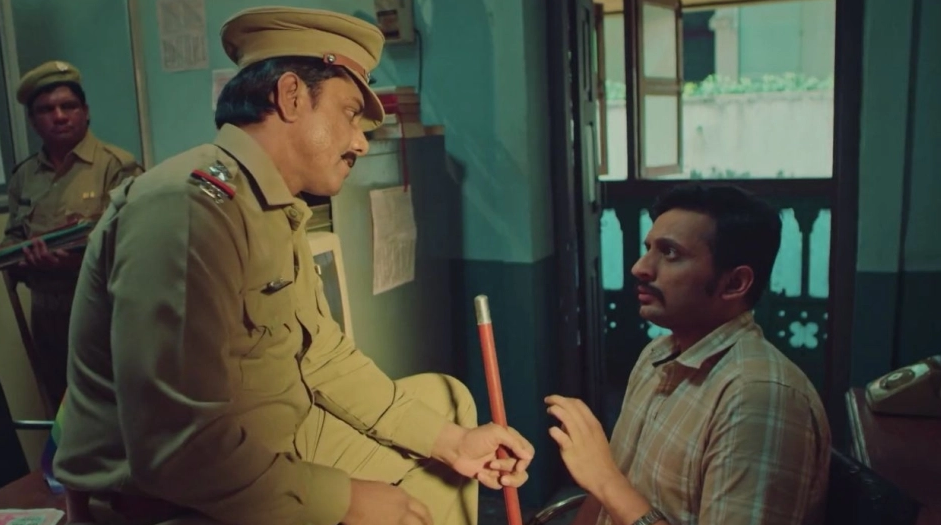 Directed by Faruk Kabir, 377 Ab Normal is inspired by the Navtej Singh Johar vs Union of India case from 2018. It follows a non-linear format and delves into the lives of the petitioners essayed by Zeeshan Ayyub, Maanvi Gagroo, Tanvi Azmi, Shashank Arora, and Sid Makkar.

Kumud Mishra portrayal as Narendra Kaushal, who believes that homosexuality is a threat India and Shashank as a teenager who is accepting his sexuality is a high point in the film. Zeeshan, Maanvi, Tanvi, Sid, and Mohan do a convincing job in the parts they play.

While we love the acting, but the same cannot be said about the writing and execution. The direction was okay but could have been much better. The writing is sloppy with clichés and crass dialogues.

We give 377 Ab Normal 3 jars of honey for beautifully handling this topic.

More Latest News
Hanna Is Different Than Other Teenagers – Find Out How
Junglee Quick Movie Review: This Jungle Should Better Be Left Alone
To Top