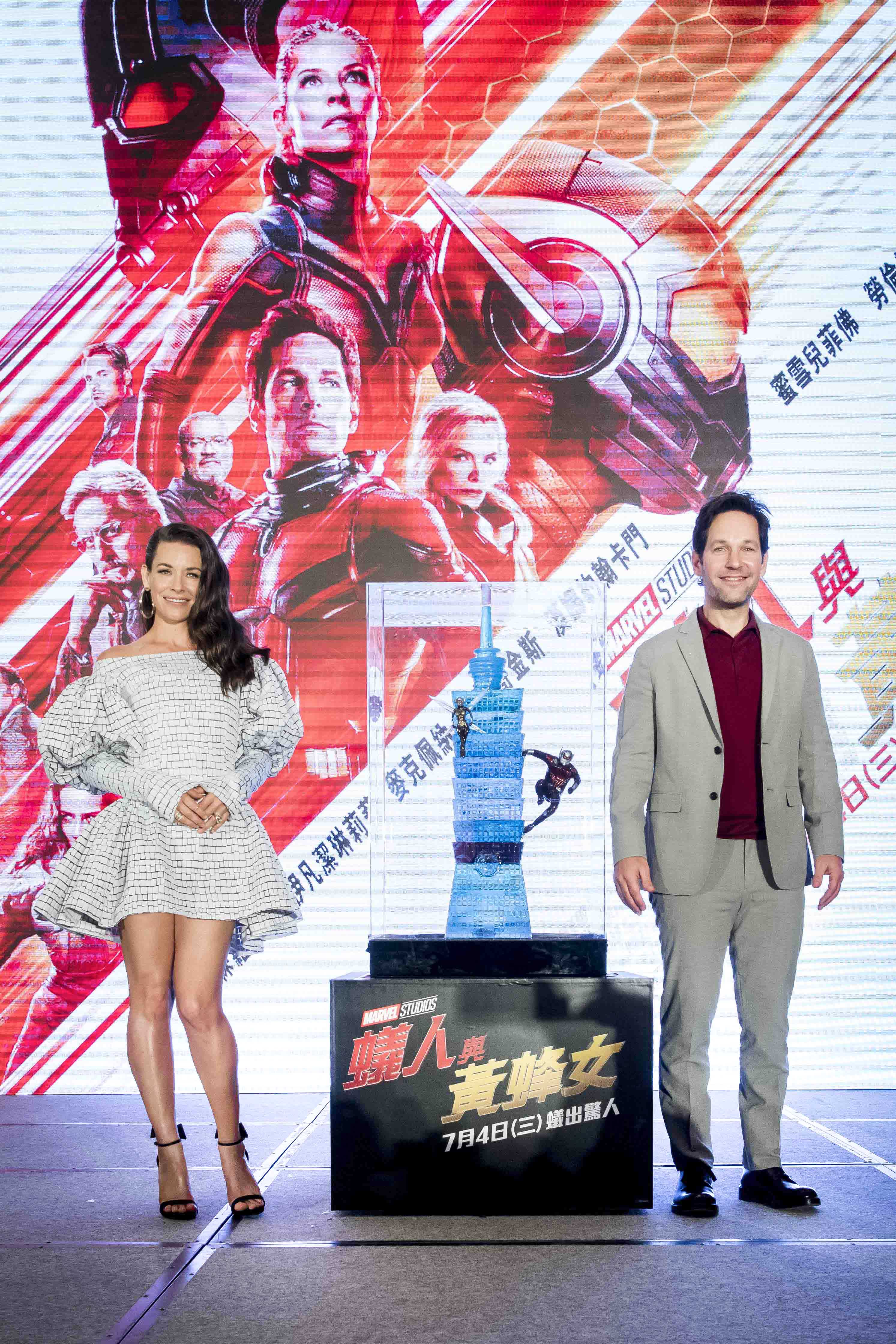 Paul Rudd & Evangeline Lilly aka the Antman And the Wasp, kick off promotions in Taiwan, with a press conference on the first day!

Actors Paul Rudd, Evangeline Lilly, and director Peyton Reed are in Taiwan currently to promote the film Antman and the Wasp which is the sequel to Antman and is supposedly the buildup to Avengers 4

Rudd as soon as he arrived at the Taoyuan International Airport greeted the press and fans and also admitted to the fact this was his first visit to Taiwan.

Check out the pictures from the press conference here:

After the success of ‘Avengers Infinity War‘, Marvel Studios is gearing up for the much-awaited superhero sequel and build up to ‘Avengers 4’- ‘Antman And The Wasp’! Along with Paul Rudd as Antman, this time we will also see actress Evangeline Lilly kick some serious ass and suit up as the Wasp, along with renowned actor Michelle Pfeiffer and Michael Douglas.

Antman and the Wasp releases on 13th July in English, Hindi, Tamil, and Telugu