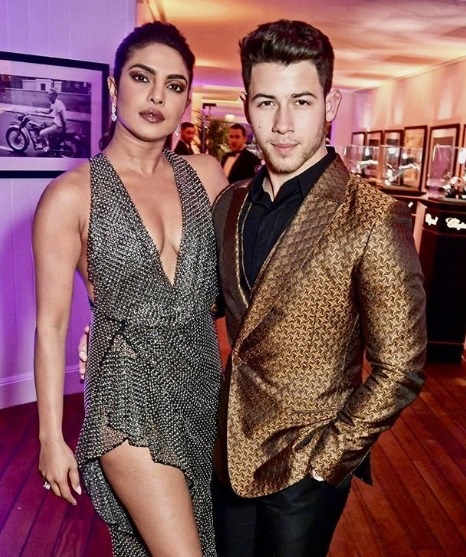 Priyanka Chopra & Nick Jonas To Work Together For A Reality Show

The adorable couple Priyanka Chopra and Nick Jonas, who have been seen together flaunting their love in public at MET Gala 2019 and also at Cannes 2019 are all set to start something exciting. Priyanka and Nick are all set to venture into a reality show based on their wedding.

Our Desi Girl revealed that she and Nick Jonas are planning a reality show where couples of all ages will participate in dance competitions. It will be India’s version of the rehearsal dinners called A Week To Sangeet.

“Nick came up with it because he was blown away by how the dinner brings people together. By the end everyone knows each other’s names.”

On the work front, Priyanka Chopra will be seen in Shonali Bose’s The Sky Is Pink opposite Farhan Akhtar which also stars Zaira Wasim.